I am late to the party on this one but that is nothing new, maybe we can just say that I am fashionably late? That’s what I am going with. I have seen a bunch of people do this tag a while ago and wanted to do it myself, I decided to purchase the first five things that Instagram has recommended for me, well that I haven’t tried before. So let’s just dive in because I have five different things to chat about. 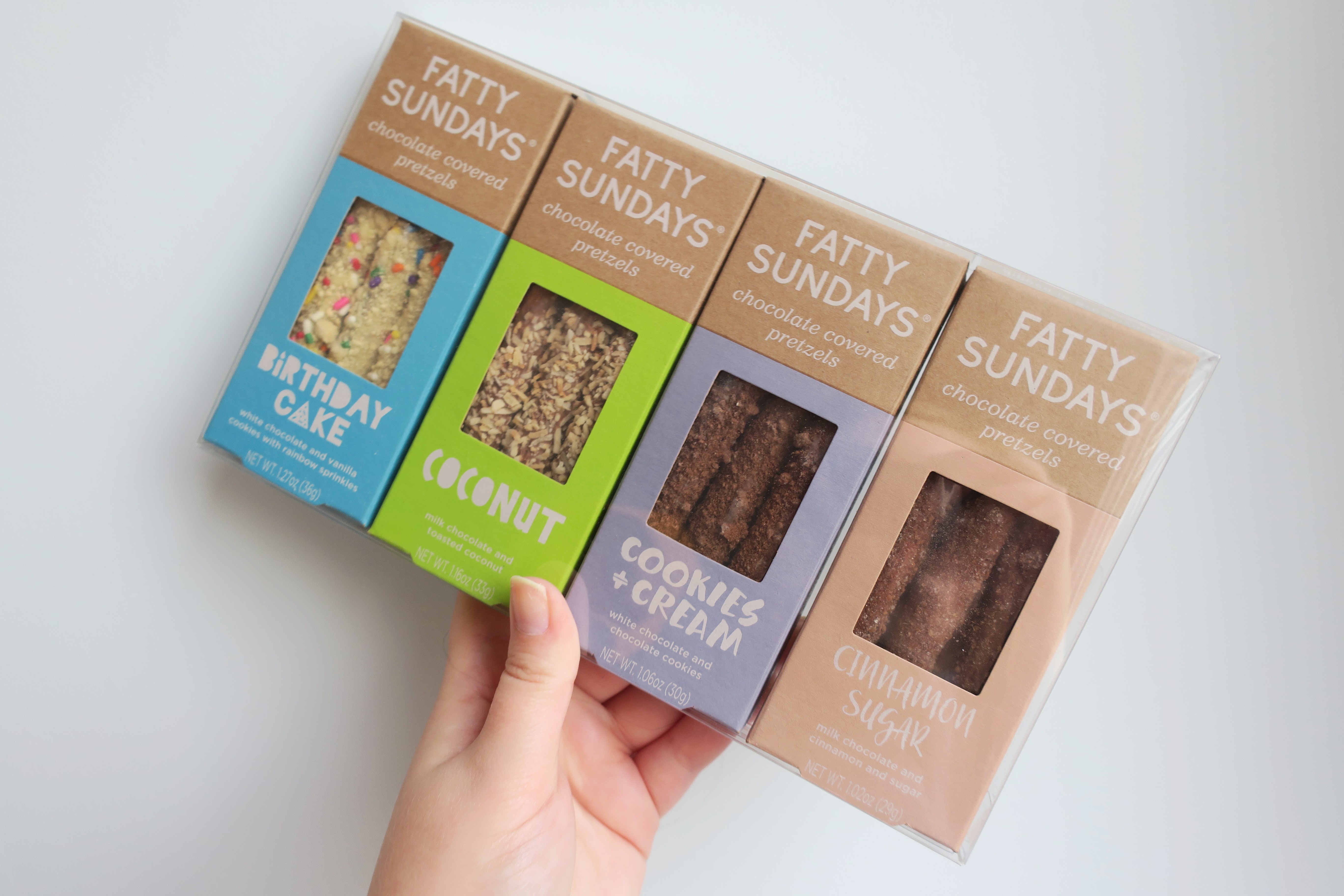 Up first are these Fatty Sundays Pretzel Sticks, I personally opted to create my own assorted set but they have all sorts of different options of sets and singles, so it’s super customizable in that way. The four flavors that I opted for are Birthday Cake, Coconut, Cookies & Cream and Cinnamon Sugar. These were all okay but they weren’t what I wanted them to be, the pretzel was very large and dry, which was most of what you tasted. I don’t think there was enough chocolate coating either. I think the best ones out of this group were the coconut ones, though I would never pick these up again even though they sounded really great. 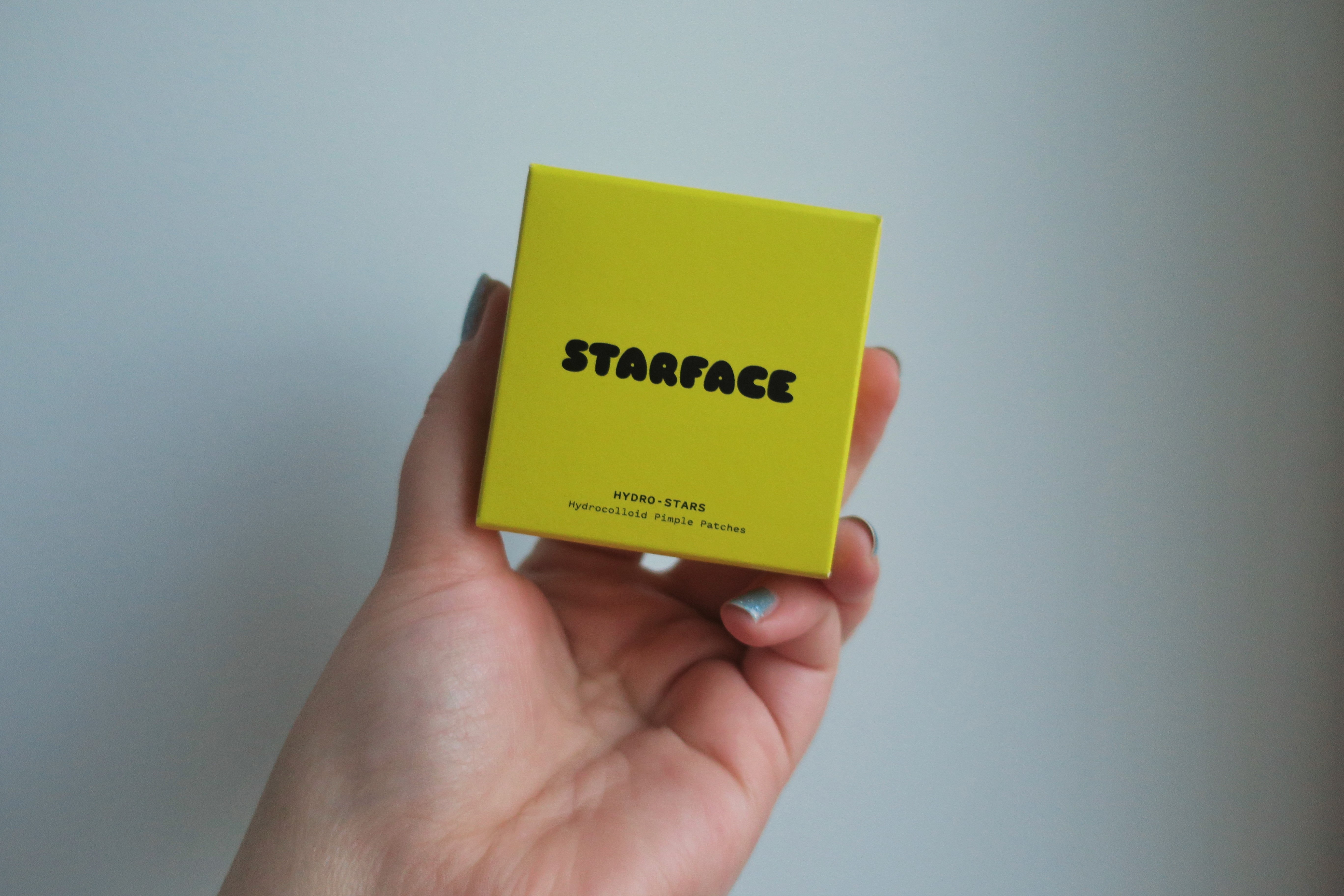 Starface was the next brand that was recommended to me and they only sell one product, so it was simple enough to chose what to get on this website. I got the starter set that comes with a case and a bunch of these pimple pads. I have tried all sorts of these at this point, so I was curious to try another brand and see if these would be better or worse, just because curious. These are star-shaped and I think these are really cute, however after using these a few times I don’t think these are the best that I have personally tried. These do help remove fluid but I feel like any spot needs to be super developed whereas other brands I have tried don’t need nearly as much time, so these aren’t great but they aren’t bad either, not sure if I would repurchase them. 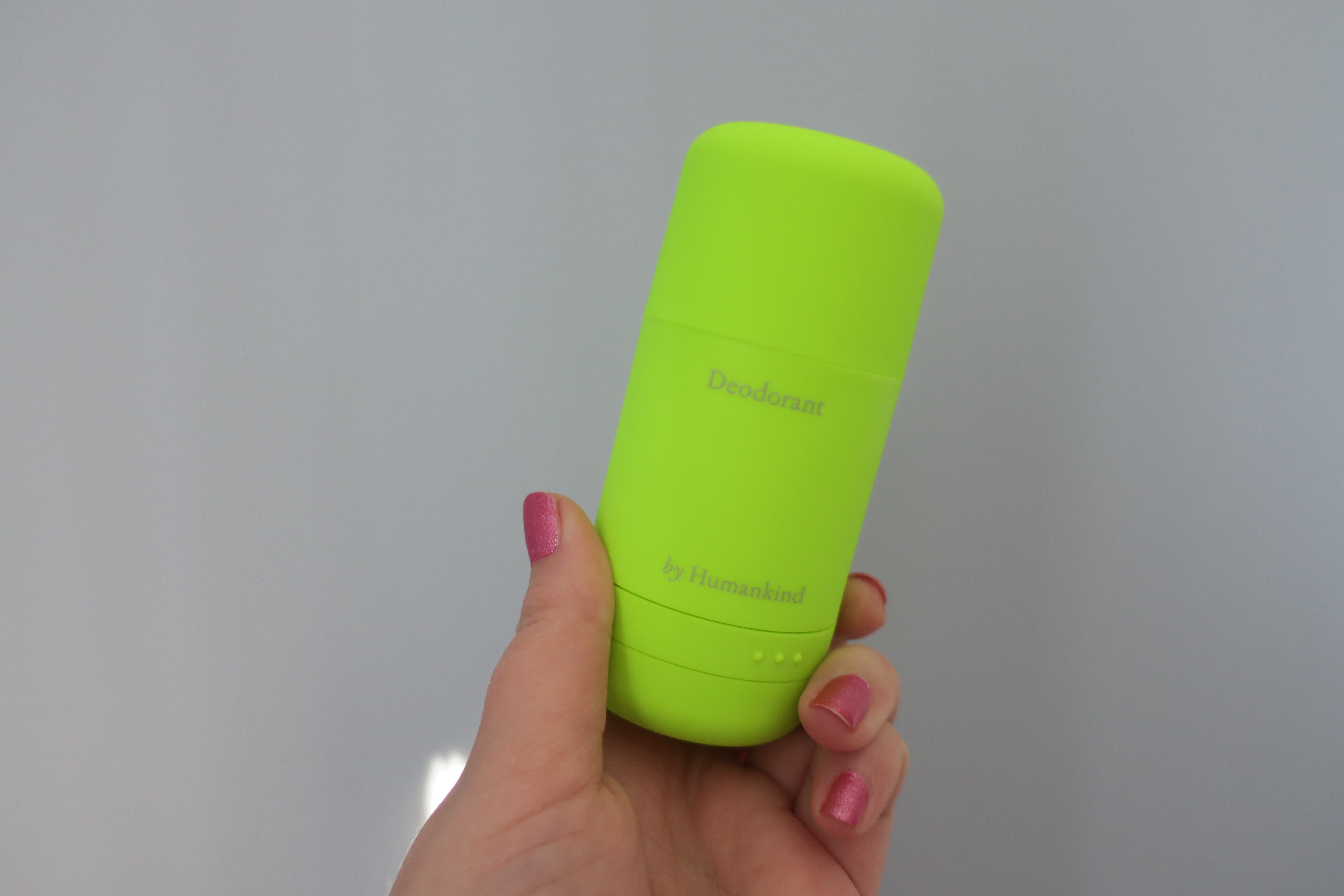 In the middle is the Human Kind Deodorant, I guess the brand was what was really recommended for me but the only product that I was interested in was the deodorant. I liked this more than I thought I would, I have yet to find a natural deodorant that I like that works well, but this one is great. The true test will be to see how well it holds up once the weather starts getting warmer, or maybe I should just start carrying around deodorant in my bag and I won’t have that problem. Either way, I really like this and I really like that it’s refillable which means less waste, which is something that I can get behind. 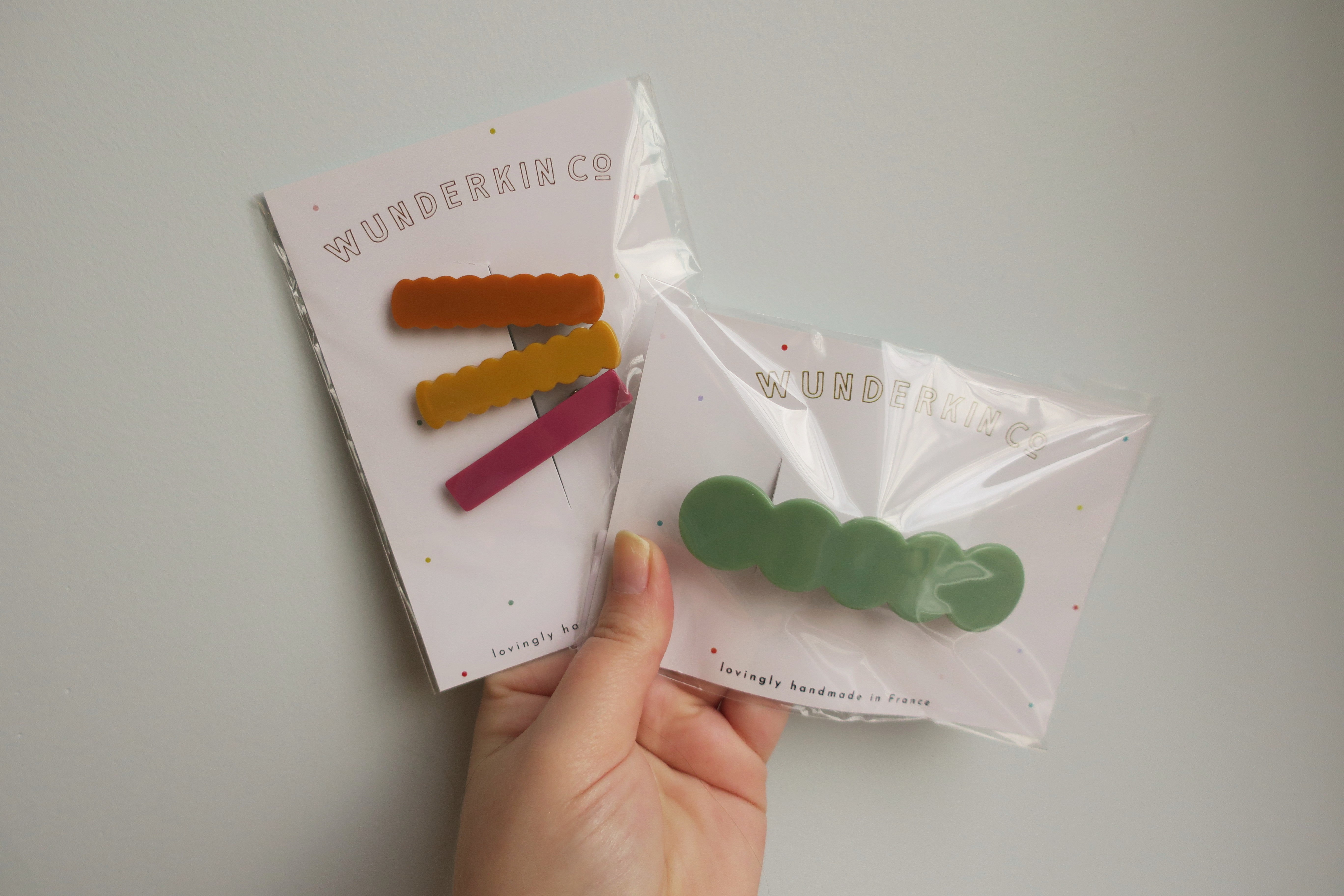 I am not completely sure as to why they suggested this for me, but I wanted to be honest plus these hair barrettes from Wunderkin Co. are really adorable. I opted to get a little bit of a mix mash of things, but not too many and I actually really like these. These are really simple clips and barettes, but they are really easy to use and come in such a good range of colors that I don’t mind one bit that I am technically wearing hair trinkets for children. 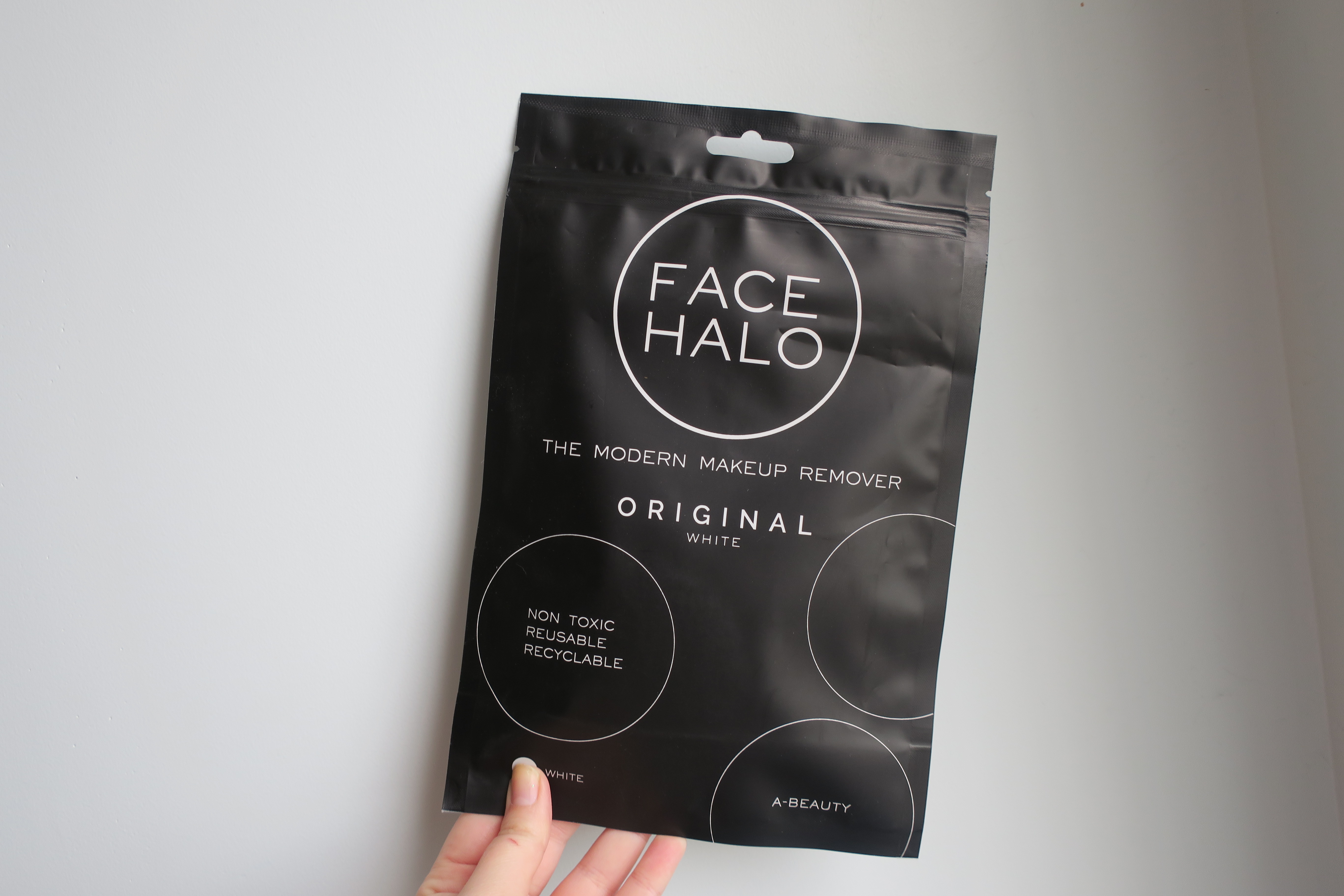 The last product that I picked up are a few Face Halos, which I had heard good things about so I was excited to try. I have tried other reusable makeup removers and I have to say, these might be the best that I have tried so far. These get off makeup better than I had thought they would, they do stain a little more than my regular ones but they are still good to be used over and over again. I really like these and could see myself picking up a couple more of these, but now I really want to try the pro ones and see how they compare to these.

And those are all of the things that I picked up because of Instagram, I have had this post in the making for a little while but it took me a minute to get everything in, so that’s why you guys are seeing it this month. Anyway, I think I had pretty good luck, though there are a couple of duds that I just don’t love as much as I wanted to. 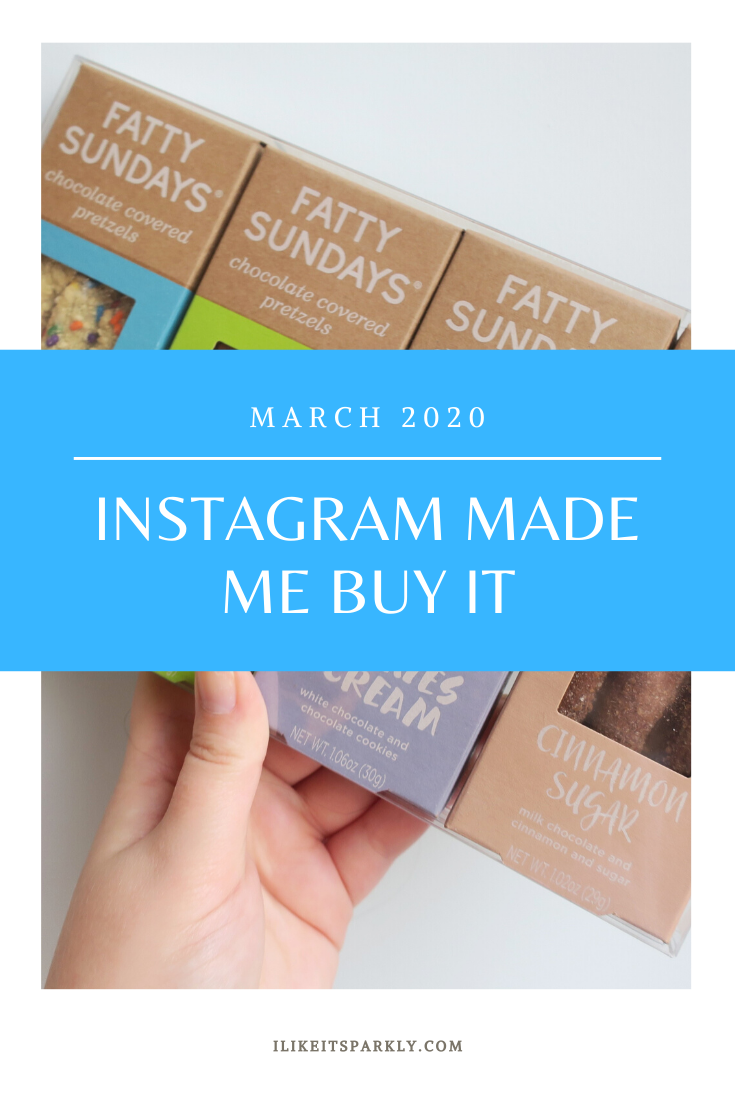