Snow Fairy is a classic Lush Christmas scent and I feel like almost everyone who loves Lush has sniffed this scent at one point or another, I know it’s not one for everyone but if you love this scent then you will love this bath bomb. I won’t get too much into that right now but instead let’s just dive in and see what I thought about this one in a little bit more depth. 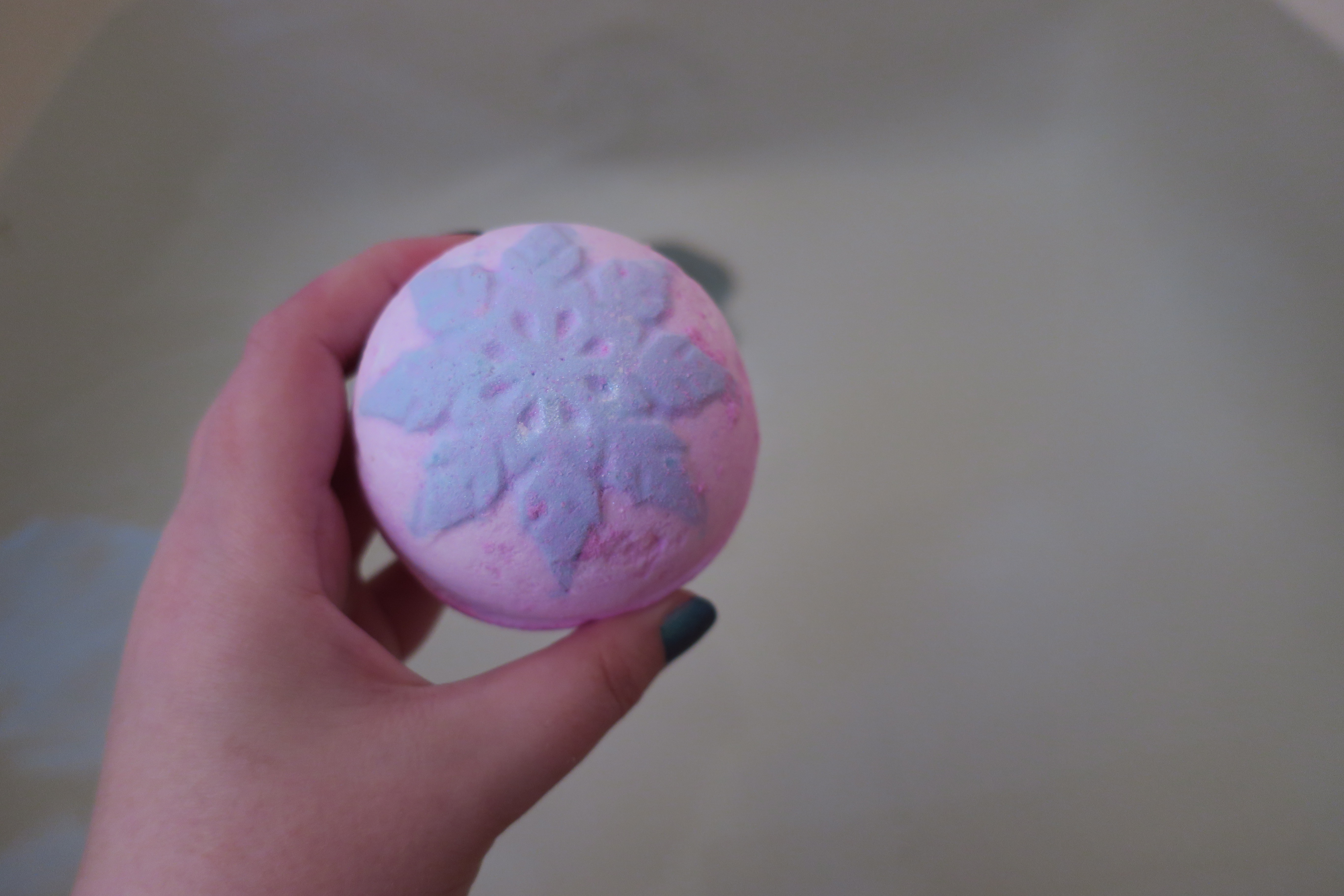 This is the Snow Fairy Bath Bomb, this one will run you $7.95 and is vegan. I think the price is a tiny bit much but it is Lush so I expect to sometimes pay more than I would like sometimes.

Anyway, this one doesn’t have a ton of ingredients that I want to include in featured ingredients, except for Persian Lime Oil. Otherwise, this sone is pretty standard and has your usual bath bomb ingredients in it. 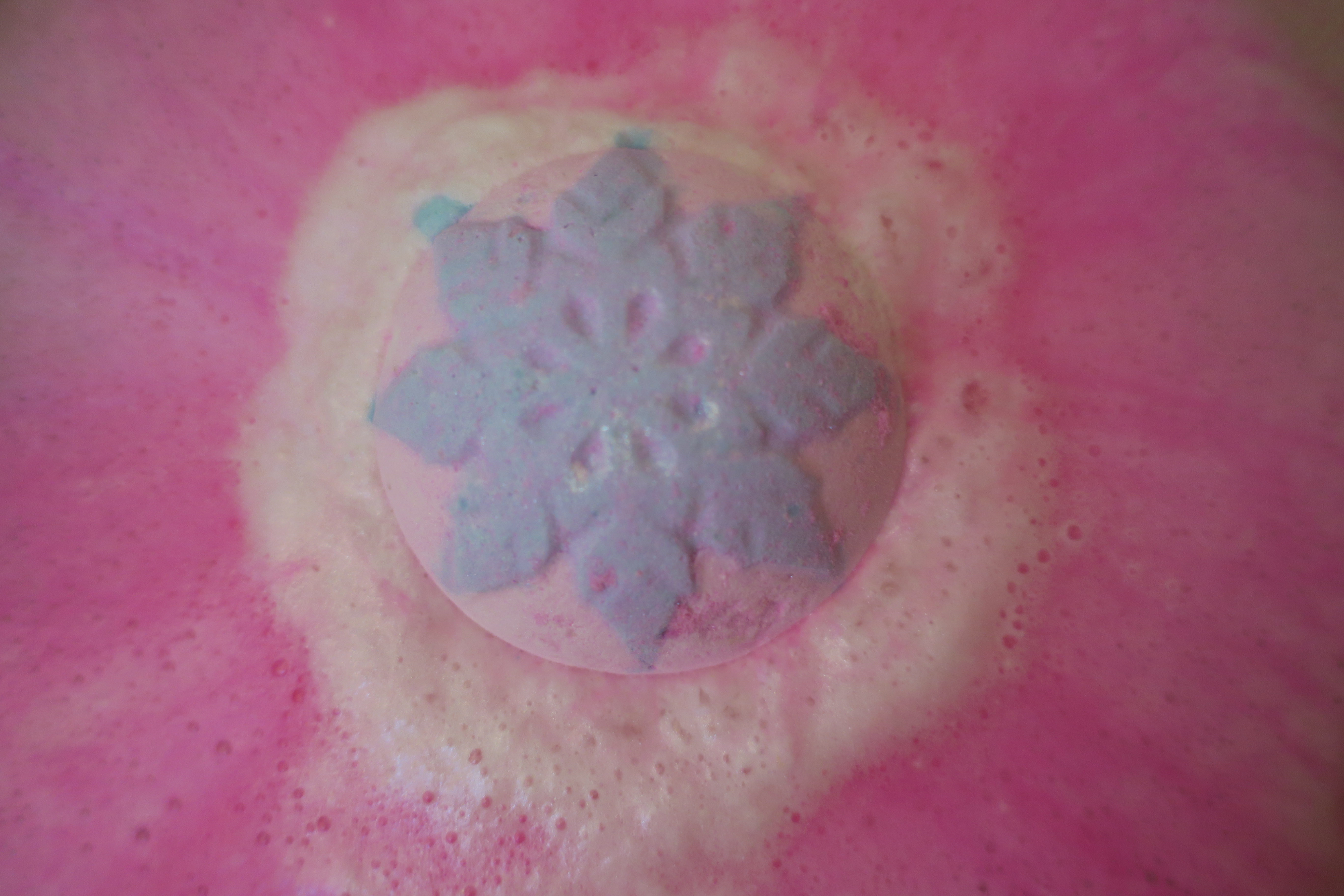 This bath bomb is pretty cute if you ask me, it’s a mix of pink and white mostly and I really like the look of that, plus it has a baby blue snowflake on the top of it that I think is really adorable and a nice touch.

This bath bomb is pretty in the water but nothing too exciting, it swirls together in shades of white and pink but isn’t the best for swirls if you ask me. Once it has fizzled away completely it leaves the water a really pretty light pink shade that I just love the look of. I’ll drop a picture right below so you guys can see what color it turns the water. 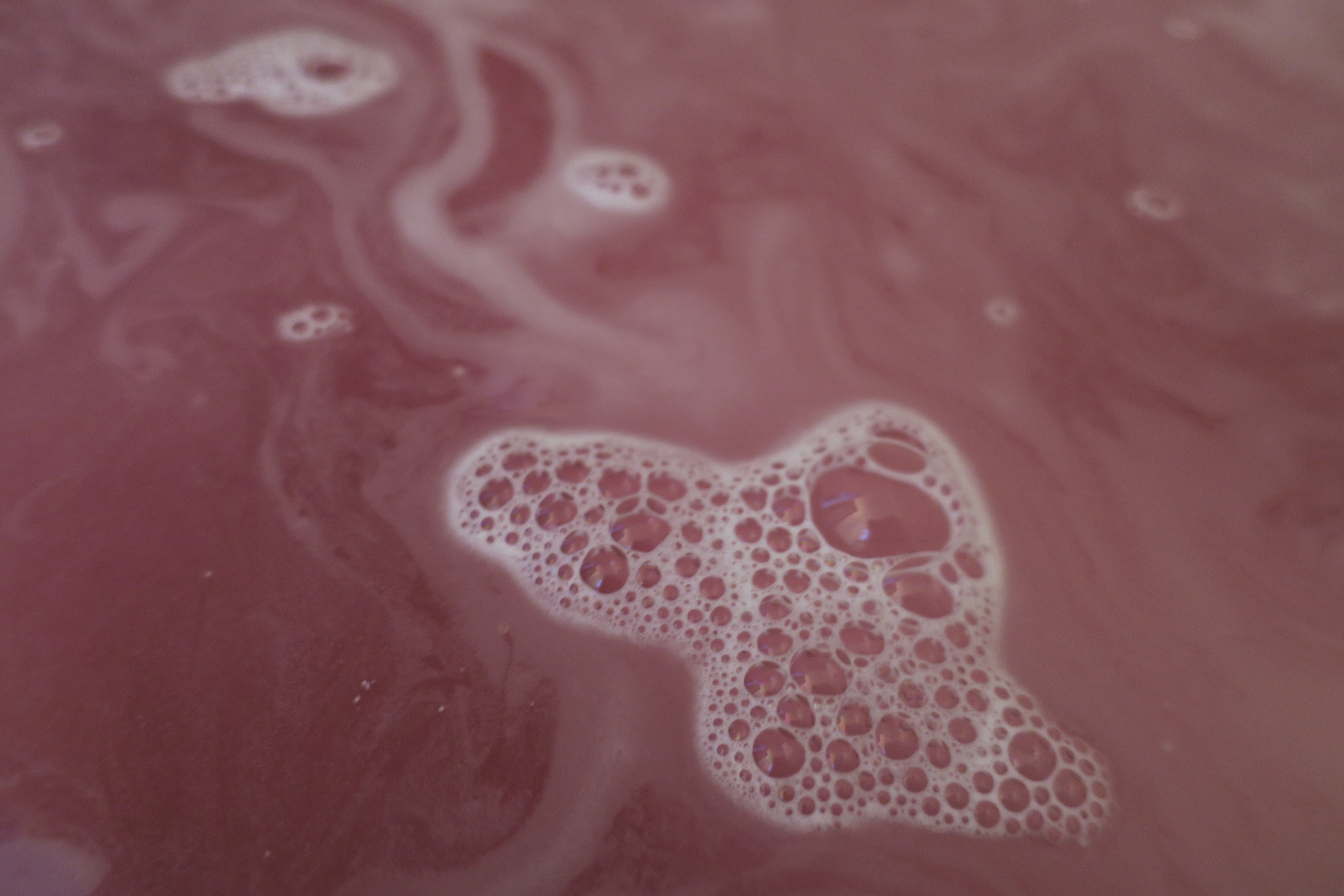 Now let’s talk about the scent, if you have been in Lush during the Christmas season then you have probably smelled Snow Fairy before and this bath bomb smells almost exactly like this. I know I sound a little bit out there every time I mention this but I think the shower gel smells a little more bubblegum like and I think Snow Fairy in all other forms smells a lot more cotton candy-like. 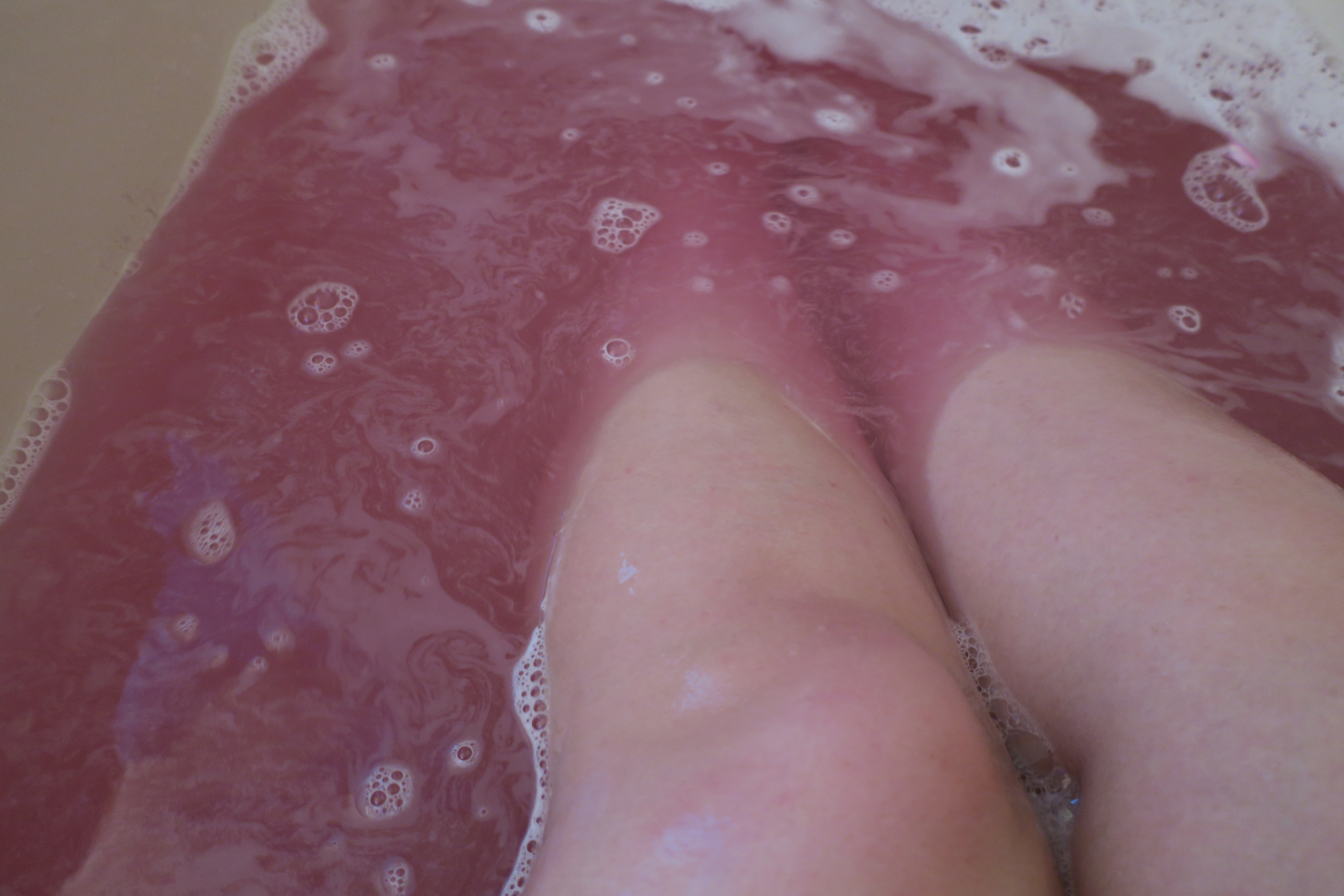 So, to me, this one smells straight up like a soft cotton candy type of scent that I really love the scent of. It’s not overpowering at all, it’s very sweet smelling and I like it. The last thing that I want to talk about is the feel in the water, which was the thing that disappointed me a little bit. I have seen people talk about the glitter in this bath bomb and I don’t know if they added something else or what but I notice no luster or sparkle in this one, so that was disappointing to me. I think the feeling in the water is pretty standard and that’s fine by me, it feels nice and leaves my skin feeling a bit better than when I started, so that’s a plus.

I am happy with this bath bomb and could see myself picking this one up again, I really love the scent of this one and that alone is enough for me to want to bathe in this one again. I also love that the scent lingered on my skin a little bit and I love a pink bath bomb, I am a tiny bit disappointed in the lack of glitter but had I never seen anyone else use this one I probably would have never expected it.

What are your thoughts on the Snow Fairy scent? 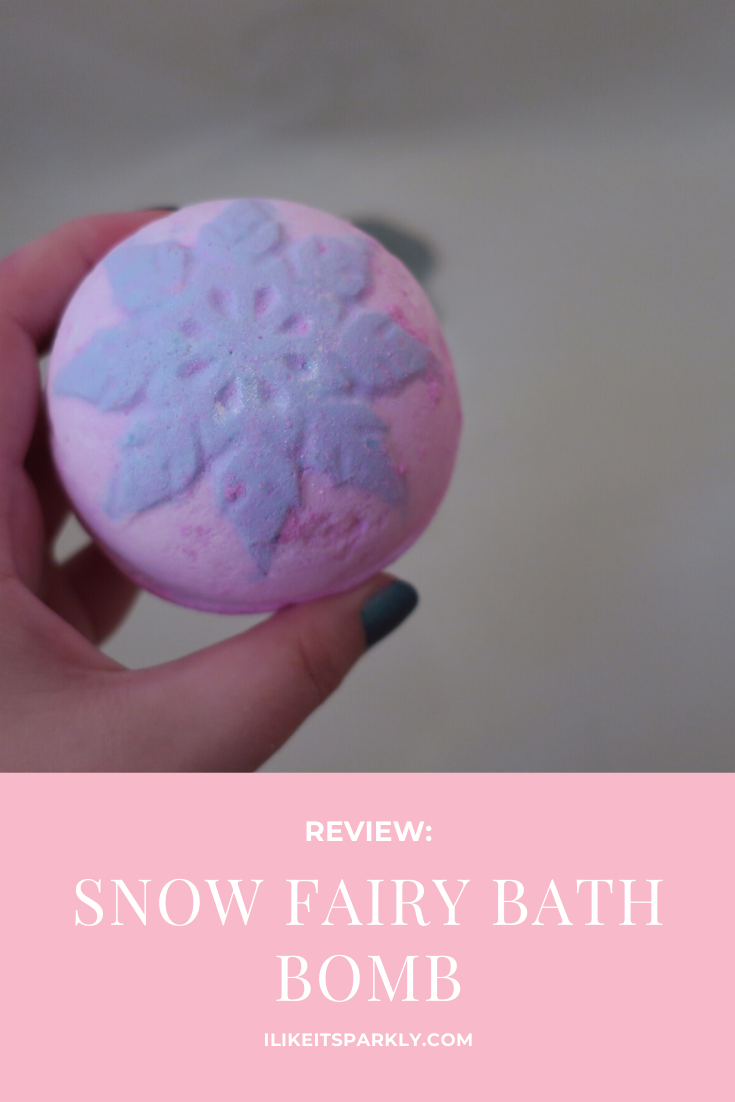