Can you guys believe that it is already the end of the year? I can hardly believe it, this year has been a wild ride of time. It feels like it has gone on for ages but also gone in the blink of an eye, which is such a bizarre experience. Anyway, since it is the beginning of the month and the first day of Blogmas, here I am with a post all about November as I typically do, so let’s dive in and see how last month went for me.

November was a good month actually, I quite enjoyed it even though there were a  couple moments of not so great time, but I’m going to try not to dwell on that too much. I must start out by saying the very beginning of the month for me was spent in Florida, which is always fun and nice. I had a very busy but fun time while I was there. My first two days were spent at Disney and spent hanging out with my best friend, which was a surprise to me. I had so much fun, it was great! The rest of the time was spent hanging out with friends, eating a lot of great food, seeing my family and simply relaxing and going for some swims. It was really fun and I miss it already, can’t I just be on vacation all of the time? I’m sure that would get boring but right now it sounds really great.

Coming back was harsh and on my first day back to work I got the flu, so I was here for one full day and then I was out for three days after that to just deal with having the flu. That was not fun and I really hate getting sick, but hopefully, this means that I won’t be getting sick again for a little while.

The week following that was really boring, nothing much exciting happened but I did come back from a blogging break that weekend. I’m not sure what came over me, I think it was the flu, but I just did not have it in me to keep up with my regular schedule here and took an impromptu blogging break, it felt much needed.

Now here we are talking about the last week of November, this week was good, I had Tuesday and Thursday off which made the week really short and feel really strangely chopped up. It was a good week though, pretty relaxing and I had a lot of fun.

Now, let’s get into talking a little bit about the progress on the house, it is really coming along and it looks like a house almost. The painting is finished, the trim inside is finished and painted, we have doors for the whole place including a garage door. We have floors, they aren’t finished but we have them, they haven’t done tile year though. We have electricity and gas, we also have HVAC equipment. Our porches are up but not finished and we should be getting septic and cabinets any day now. The move-in date is estimated to be between Christmas and the first couple of weeks of January, which is very exciting. And we have an official address!

So, I would say that November has been a really good month and I enjoyed it, so not let’s dip our toes into seeing how last month’s goals went.

As for getting four books ahead, I did not do that, I got really close with three books ahead of schedule but didn’t quite make it to four, I am happy with three though and think that I will be able to finish the goal that I set for myself. Now for failure, I did not get into any sort of workout groove. I started the month out really well, walked a lot at Disney and swam every other day I was in Florida, but then I got the flu and just didn’t do anything. Now, as for getting ahead on my scheduled posts I have kind of done that, I am not nearly as far as I would have liked to be but I am somewhat ahead and am glad for that because Blogmas is always a big task to take on.

Now, let’s talk about goals for this upcoming month starting with finishing my reading challenge because it is the last month and I am very close, so I am hoping to close this one out and maybe even surpass my goal, I’m not counting on it but I might. I really want to start working out again because I do not want to be like new year, new me, not that there’s anything wrong with that but I want to get into the groove before the new year because there is not time like the present. I would really like to eat out less this time of the year has really got me eating out more than I should so I am hoping to be able to curb that at least a little bit.

And that is everything that I want to go over for the month of November, it was a good month but I am excited to see what December has in store, plus it’s Christmas and this girl loves the Christmas season.

How was November for you guys?

Blog Posts You Might Also Enjoy: Why October 2019 Was Awesome + Goals | Florida Vacation Lookbook | What I Eat: Orlando 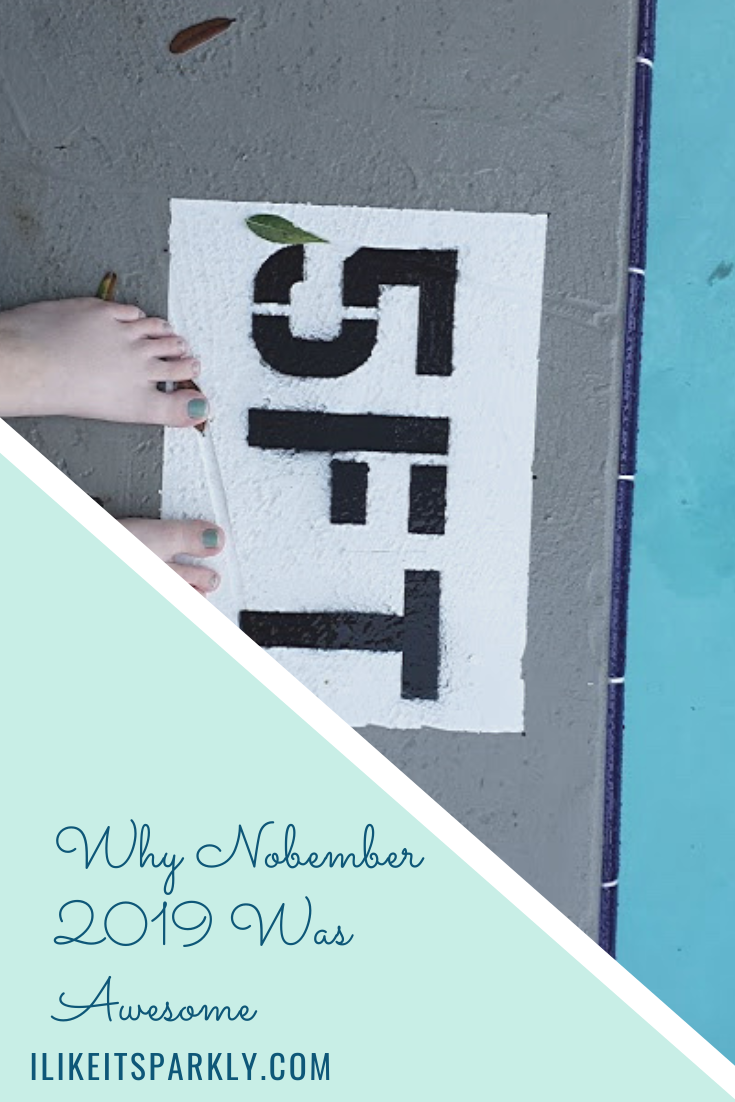