As I have mentioned too many times at this point, I was recently in the city of Orlando, which is where I am from. I ate a lot because of that, I got a lot of things that I just can’t really get around here and it was great. Because of that, I thought it would be fun to share with you guys, just in case anyone is going to Orlando and wants some food recommendations.

I took zero photos at the Food & Wine Festival at Epcot but I did eat a bunch while I was there, my best friend and I went and we shared everything that we got basically, so I want to take a minute to talk about the things that I ate while I was there.

I believe we went backward and our first stop was France, we got the Croissant aux Escargots, which was my first time having escargot and I actually really liked it. The croissant was also amazing by itself, overall a tasty treat if you are feeling kind of adventurous. We also had the Boeuf Braise a la Bordelaise, Pomme Dauphine. That’s a mouthful for what is basically beef and potato puffs. I did not like the potato ball due to the texture but the beef was incredibly tender and delicious.

We stopped in Brazil and got a Pao de Quieijo which was amazing, it is cheese bread but really it is more like a hunk of melty, delicious cheese with a thin layer of bread around it. It was tasty and that is for sure.

We stopped in Japan and this is the only place we did not share, I personally had the Teriyaki Chicken Bun which was really tasty. It felt a little bit safe but it was still good, also it made for a great portable snack.

We stopped in Italy and didn’t get anything that was there for food and wine, instead, we got Chocolate Chip & Dark Chocolate Gelato. The dark chocolate was so good but the chocolate chip wasn’t anything to write home about. I also got a Bellini while I was in Italy and that was really tasty.

The next stop was Spain, where we got the Charcuterie in a Cone and the Seafood Salad. The charcuterie was amazing, I could have eaten that whole thing by myself with my bellini and been a happy lady, but I did share. Such a simple dish but so good and a must-have if you catch food and wine. The seafood salad was not my favorite, it was good but it wasn’t something that I would go for again.

We stopped in the Islands of the Caribbean and picked up a Quesito and Frozen Mojito. I always thought that I hated guava but this pastry was so tasty, I could have eaten one all by myself. The frozen mojito was really refreshing, not quite as good as a regular one but still tasty.

The last place that we stopped in was Thailand, we got the Marinated Chicken with Peanut Sauce and the Shrimp and Cold Noodle Salad. The cold noodle salad was the worst thing that I ate the entire day, it was just not great and it is one that I would have skipped. The chicken with peanut sauce was fantastic though at this point I was so full and almost regretted getting it because I barely had room for it, but it was still tasty. 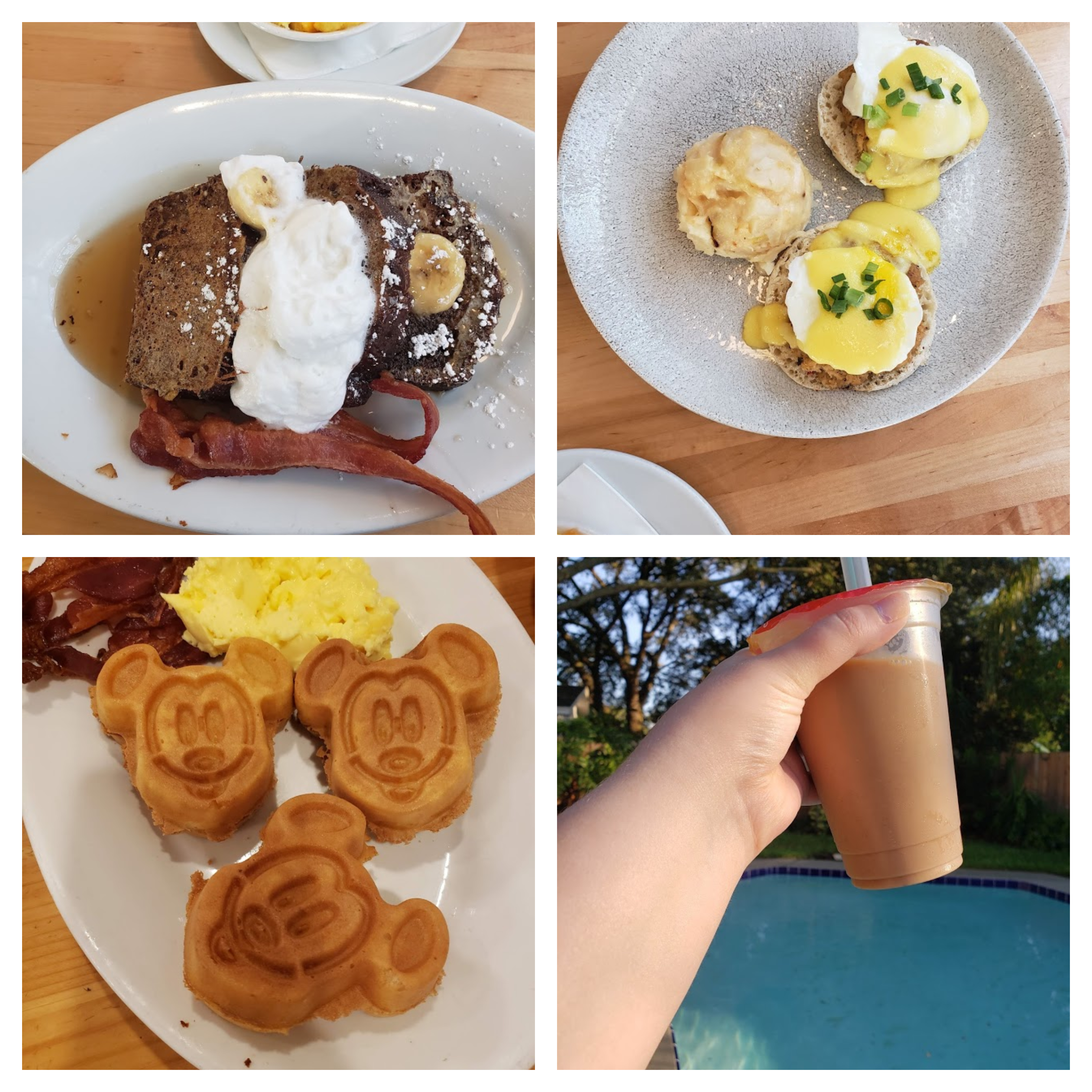 We had brunch while we were staying at the Key West Resort at Disney and we went to the place that they had on the property there, which was called Olivia’s Cafe. My best friend and I shared again, we got the banana bread french toast which was so tasty and light, I got it twice while we were staying there. We also got the crab cake benedict which was super tasty as well, the eggs were perfectly cooked, the crab cakes had very little filler and the sauce had a nice touch of citrus to it that I loved. The next morning my husband and I went back and he got the mickey waffles, it was my first time tasting those and they were actually really good, very light and fluffy.

Our second day at Disney we got food delivered to the hotel from a place called Bella Italia Ristorante and got pasta as a group. I was super impressed by this place, the food got to us and it was really hot still, which is always a risk you take when doing Uber eats. I got the Fettuccine Carbonara and it was so good, it was heavy but still delicious and some of the best pasta that I have ever had.

The last photo in this set is something that I got a couple of times and that is Chewy Boba, this particular one was Chai Tea Milk Tea and it was my first time having it. It was so good, it tasted a lot like Cinnamon Toast Crunch milk to me and that was great. 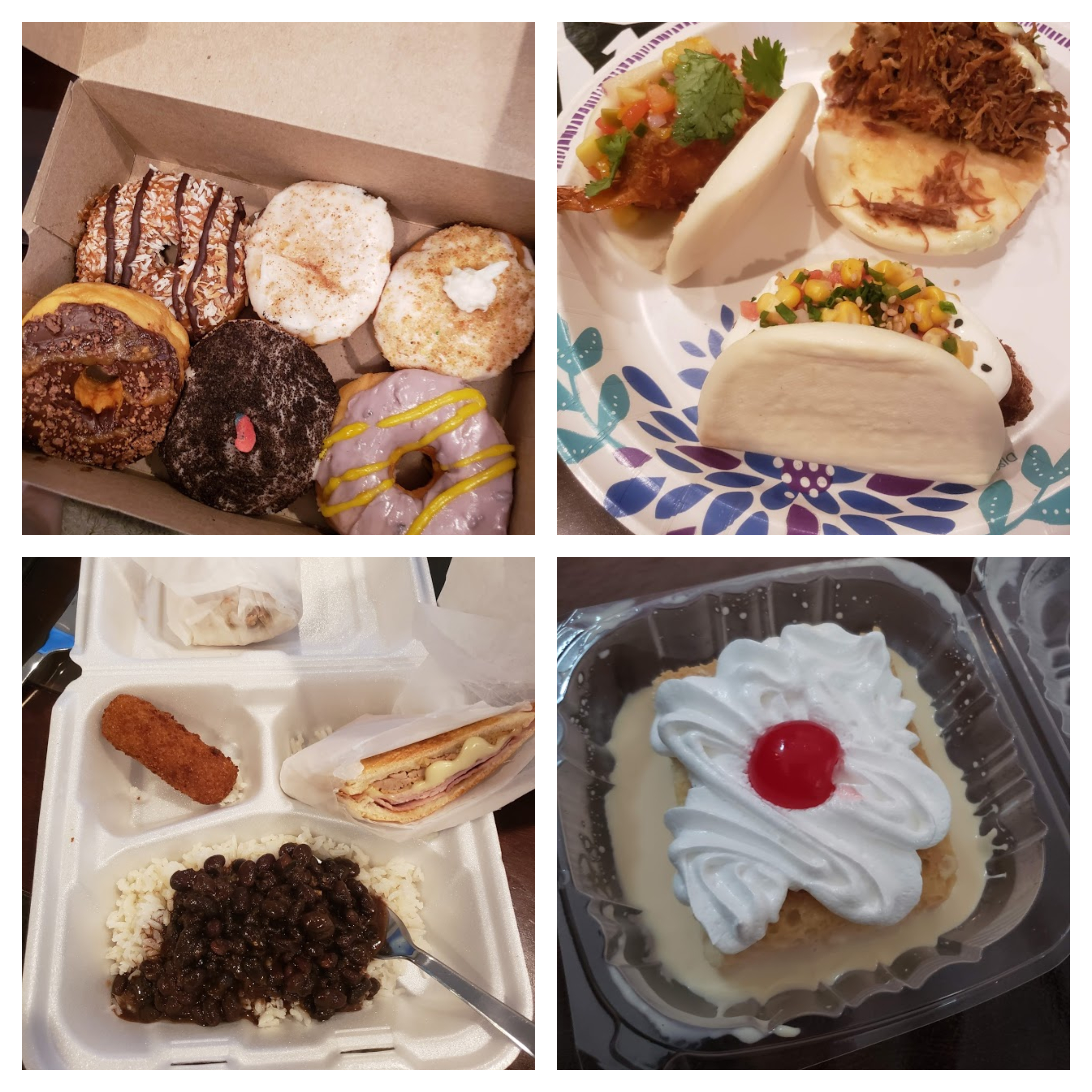 We got doughnuts from a place called Donut Central & Fuelpresso, which were fine but these weren’t anything that great and I probably wouldn’t go again.

We had dinner from a place called King Bao one night and that was really good, they had lots of different kinds of baos and all of the ones that I tried were pretty good, especially the coconut shrimp one.

We got lunch from a place called Rice and Beans which was pretty great, it really satisfied a craving that I was having. The Cuban sandwich that I had was alright, it wasn’t bad but it wasn’t the best that I’d ever had either. The beans and rice were pretty good, they had a lot of flavor and I enjoyed them. The last thing I had in terms of food was the Croquetas de Jamon, which were fantastic and I was so happy eating. The last thing in this photo is the Tres Leches cake, which was really tasty and light. 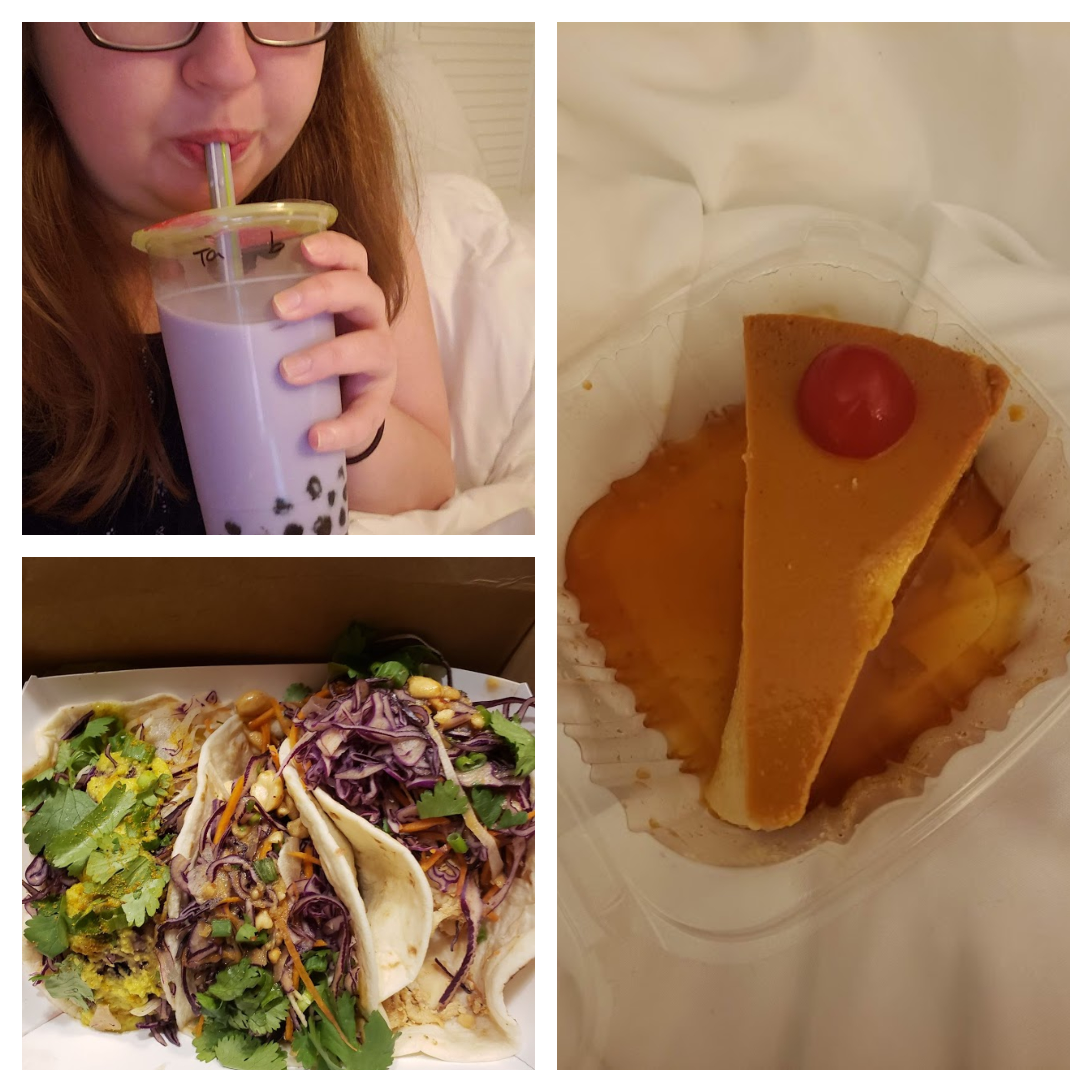 The last thing that I enjoyed from the restaurant was the Flan, which was cheese flan and was my first time having that. It was surprisingly good and very tasty.

I had some of my favorite tacos ever from a place called Tako Cheena, these are the yellow curry tofu and the Thai peanut chicken tacos, both are long-time favorites of mine and like usual they were very tasty.

The last thing in this photo set, and of the trip, is this Taro Boba from Chewy. This is my favorite and it was so good, I got it a couple of times while I was there.

And that is everything noteworthy that I ate while I was in Florida. I would basically recommend everything that I had with the exception of a couple of things that I noted when talking about them.

Blog Posts You Might Also Enjoy: Pack With Me: Beauty | Homeware Wishlist #1 | Why October 2019 Was Awesome + Goals 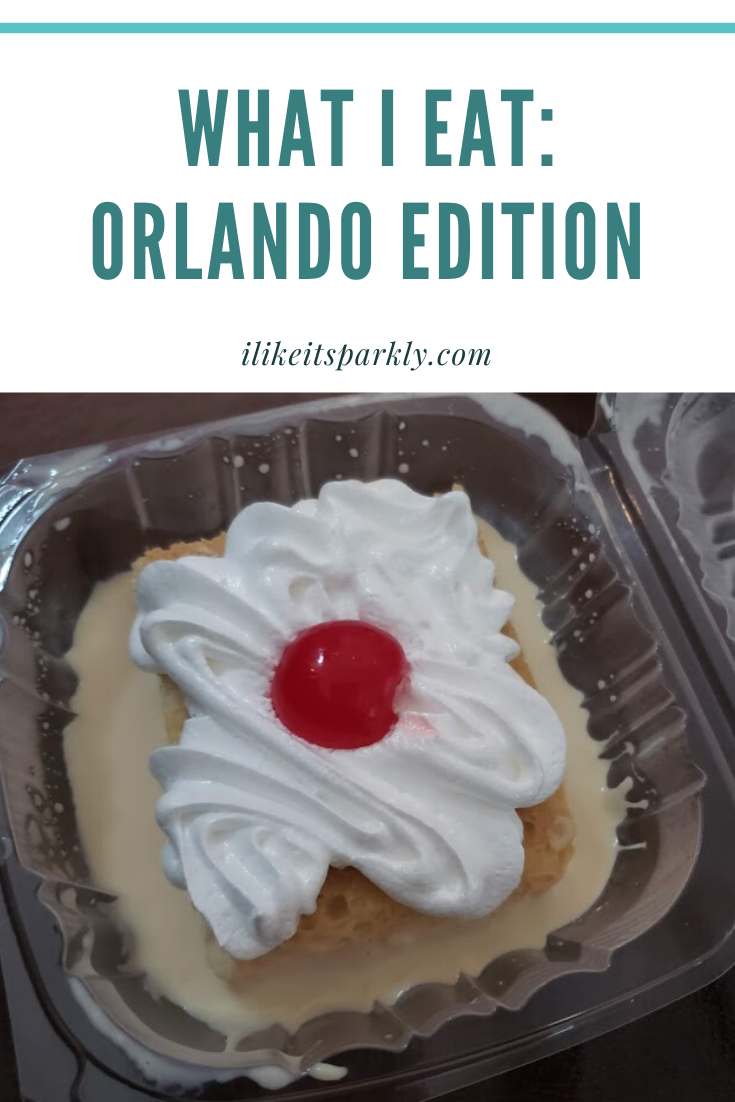