I can’t believe it is September already but at the same time I am excited about it, September is my birthday month and I can’t lie, I really enjoy my birthday. So, I am excited to see what this month has in store for me, but while I wait let’s talk about August and how August went for me.

August feels like I blinked and then it was gone, so it’s safe to say that it was one of the quicker months of this year for me. It was also the hottest, August has some serious temperatures and I am hoping that they start to cool down here shortly.

Not a lot has been going on, I have been spending a lot of my time just kind of relaxing and starting to get into working out more regularly, which is a bit of a spoiler but is a really great thing. It feels good to be moving more and headed toward a goal, even if it’s a somewhat slow start.

I have been reading a ton this much, something that I’ll probably talk more about later, it’s been fun and nice to get into the reading kind of mood again because it feels like it has been a minute.

Just a little house progress update, because I want to be able to look back on there and see how things were going. We had a little setback and bricks didn’t start till almost the very end of the month, but we are making progress so that counts. The plumbing rough-in is basically done, the duct is pretty much done and the electrician has started working. I don’t know when it’s going to be completely finished but I do know that I am ready to move in any day now.

Overall, August has been a good month, a fairly chill month but still, it was good and very enjoyable. Now, let’s talk about goals, starting with what I accomplished.

Reading eight books was one that I knocked out of the park because I read a bunch of manga, some may think that’s cheating but I don’t consider it cheating since it was a book that I read. Working out is something that took me a minute to get into a good groove with but I seem to be doing pretty well and have been making sure to get a work out in at least three times a week, I would like to up that at some point but for now I am considering three times a week a win. Get ahead on blog posts is something that I really wanted to do because somehow I am never on top of these, even though I have my next month scheduled out at the beginning to middle of the current month. Luckily, I have gotten a little bit ahead and am not writing things the day of or night before, which is nice and something that I want to keep up with. So, as far as goals from last month I would say that I crushed it!

Now, let’s talk about some goals for the month starting out with eating out less because this is the next small step in my getting healthier journey. I eat out way too much, being in a small office environment makes it so easy because if one person is going somewhere I have a hard time saying no. So I want to keep it to four times a week at most, which to some might sound like a lot but I think it will be an improvement since I will be counting lunch and dinner. Catching up on my reading goal is something that I am fairly close to so at this point I think this should be pretty easy, we’ll have to wait and see. I’m a broken record and want to put some focus into decluttering which at this point I feel like I am almost always doing, I just get so much stuff and then feel the need to declutter more, plus I am attempting to do some deeper declutters as you might be able to tell by my recent eyeshadow series. Lastly, I want to say that I want to drive more because I want to get familiar and feel like I can driver further distances by myself.

And that is everything that I have to cover this time around, I’m hoping for an amazing September and I hope you guys have one too!

How was August for you? 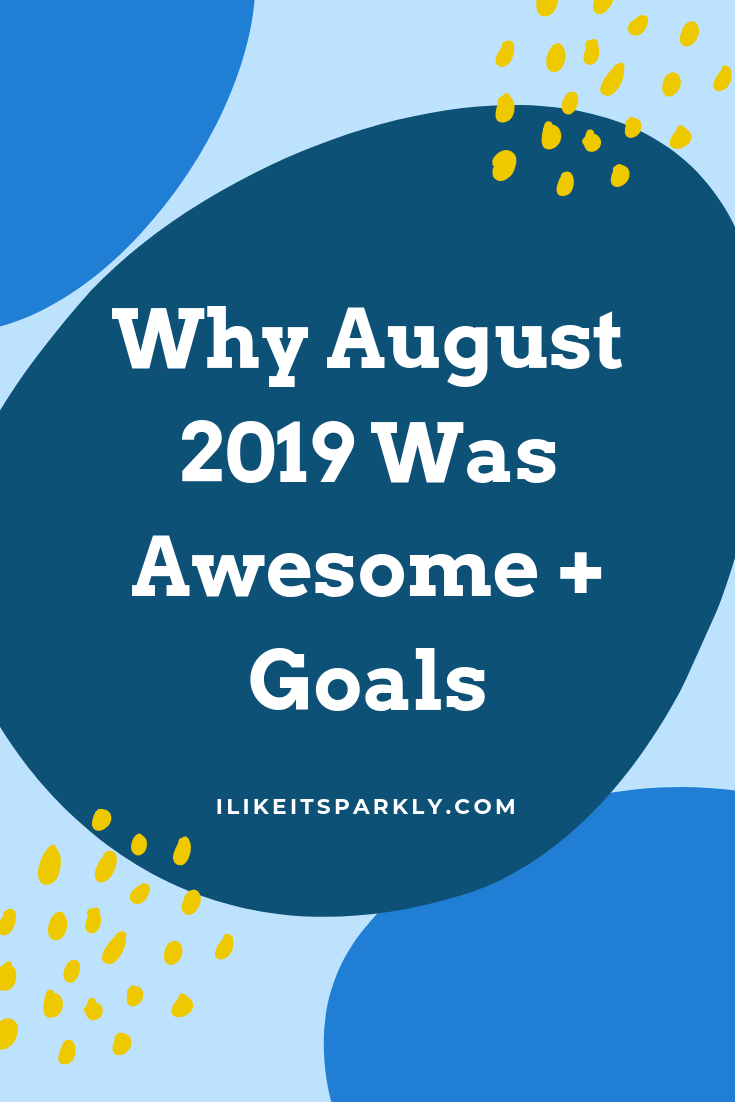