I’m sure at this point it is not the slightest bit surprising that I have a bath bomb review, I have too many still planned out which I talk about way too much. This bath bomb is a fun one that I am excited to talk about, so let’s not waste any time and slide right into this bath. 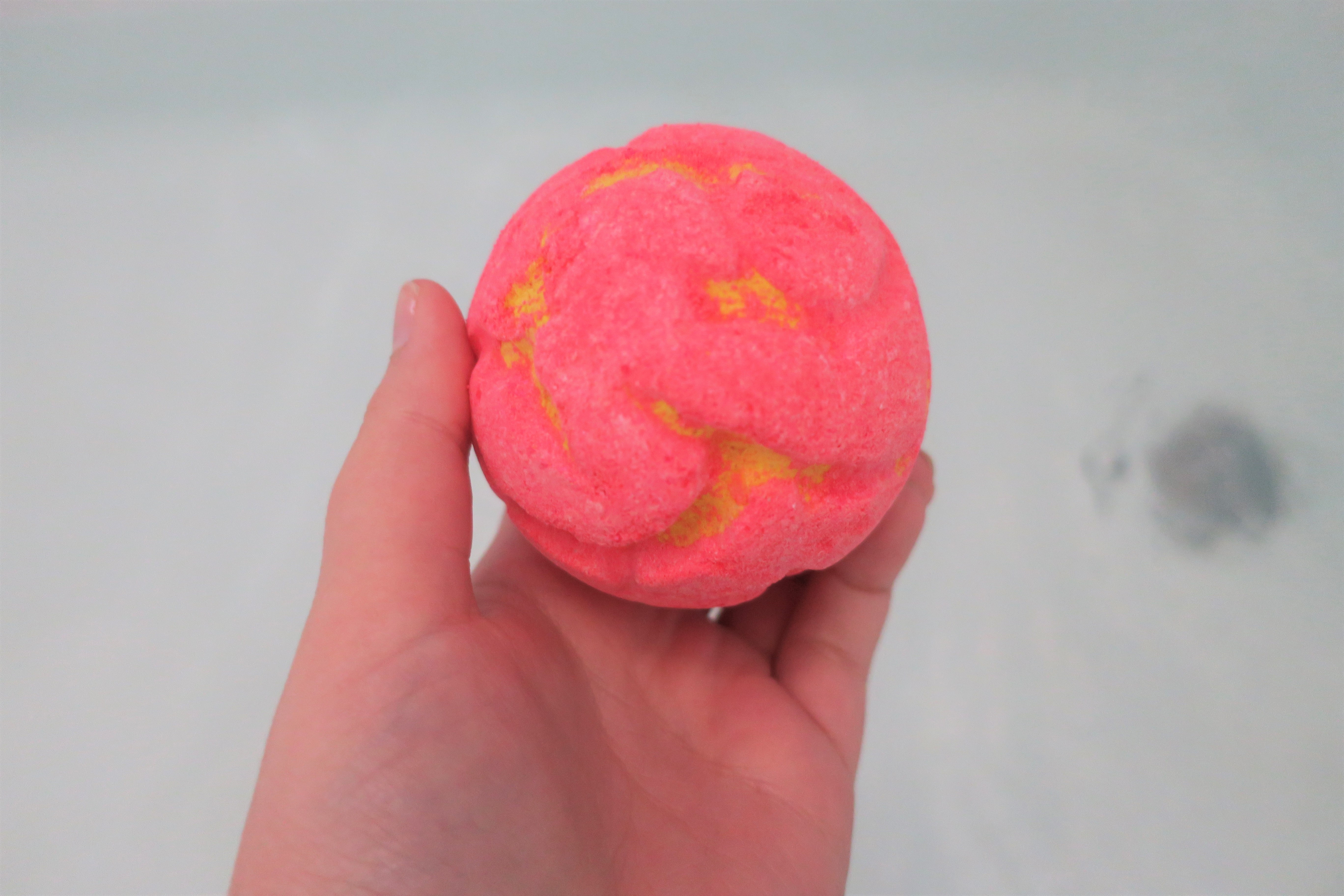 The Magma bath bomb from Lush is vegan and will run you $6.95, a pretty average price for a Lush bath bomb, so it’s not surprising.

This one features some great ingredients such as ginger powder, mustard powder, cinnamon leaf oil, peppermint oil and popping candy. So this one sounds like a really spicy and fun bath bomb. 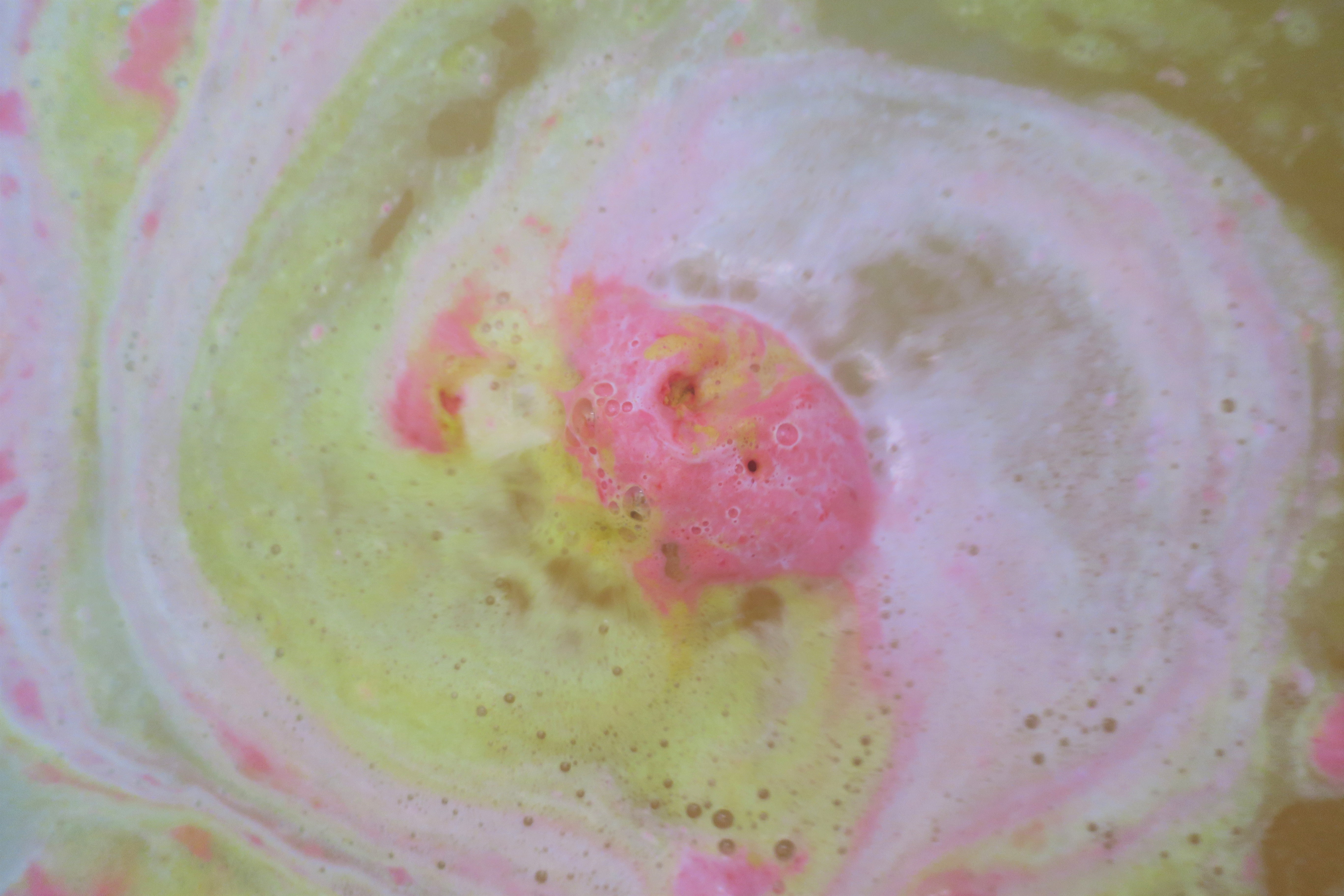 Let’s talk about the appearance of this bath bomb before we get into anything else, because that’s what I like to start with. The bomb is really interesting to look at, it’s chunky kind of like rocks and has a yellowy orange shade running through that reminds me of lava, which I am sure is the point of the look of it. This one looks so fun out the outside that I was sure it was going to be really fun on the inside.

Once this hits the water it is really fun, it starts to fizz out in a mixture of red, yellow and a touch of white, it’s really quite pretty. I also mentioned that this one has popping candy in it, this is the first one that I have ever really heard it in and it was seriously loud. Once it fizzed away it left the water a really pretty orange shade, which is kind of what I expected by looking at it. 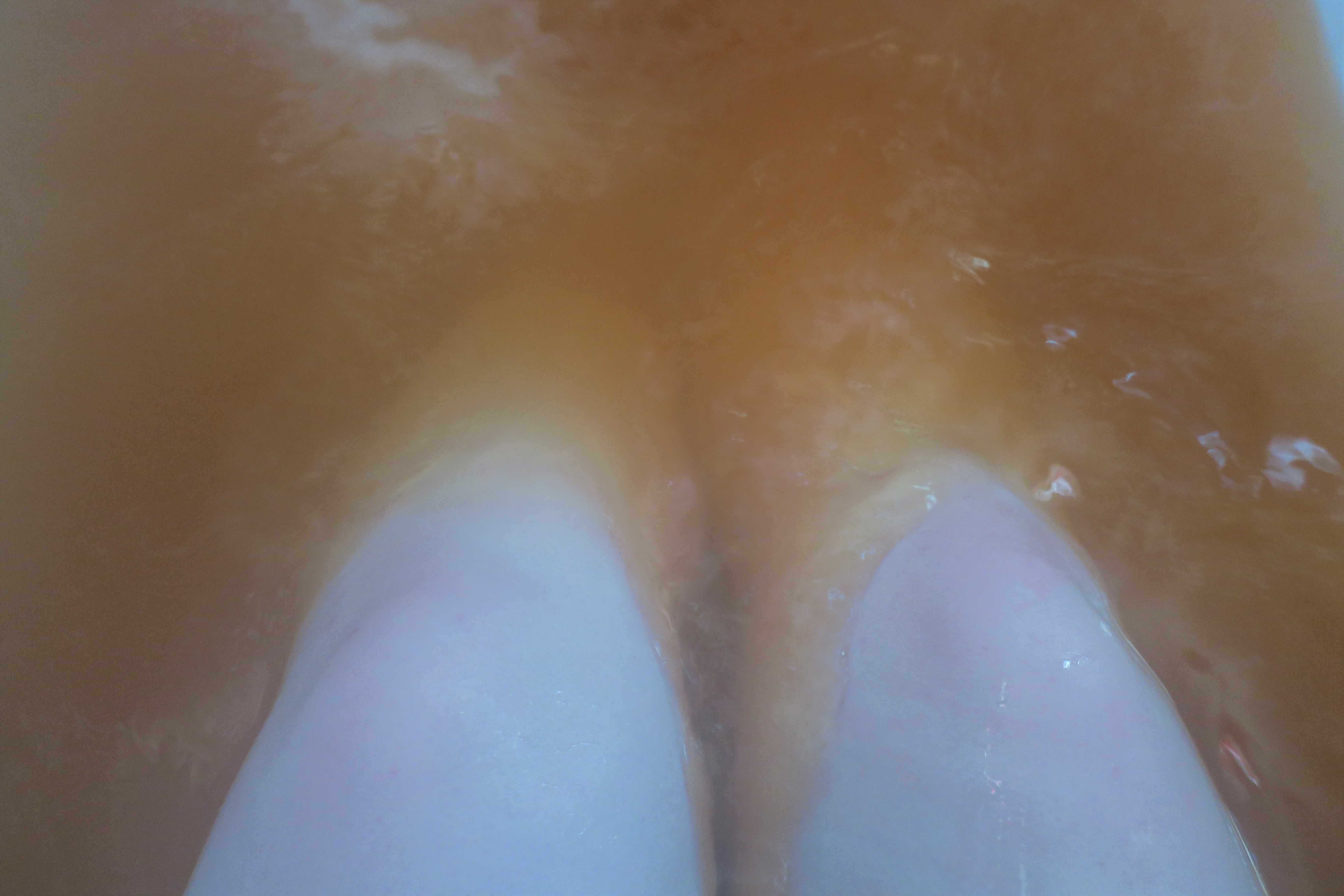 Now let’s talk about what this smells like, I think this seriously smells like a holiday product and perfect for that season, but it’s not from the. This smells very spicy and likes straight up cinnamon to me, I don’t really get any other scents from this but I don’t mind it because I like the smell of cinnamon. This is a strong one and lingers on the skin, not wor too long but it does linger. And the last thing that I want to go over is how this feels in the water, something I typically go through. I don’t think this is anything particularly outstanding, it’s very softening and does moisturize but nothing out of the usual for Lush bath bombs.

This one is a strong one, it’s not a gentle scent in the slightest but it’s not headache inducing either, but if you don’t like cinnamon then I would suggest skipping this one. I quite like it and I think this scent would be fantastic for the holiday season, it just really reminds me of that season.

What scents remind you of the holiday season? 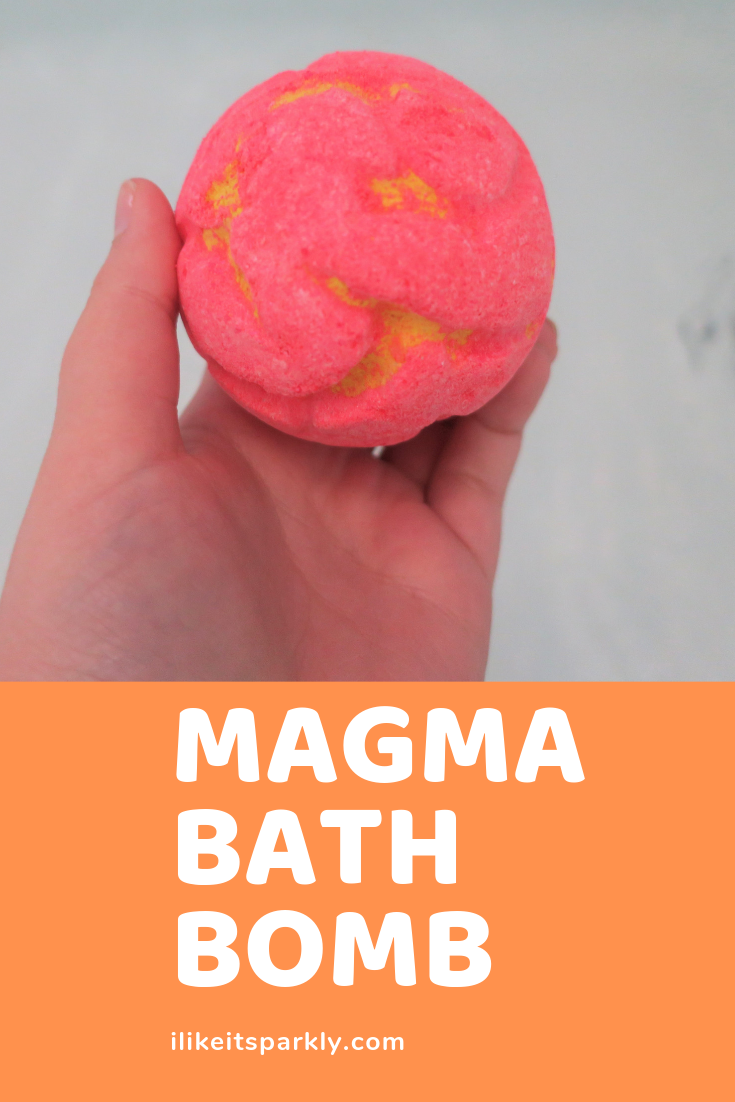