I am back with another Lush bath bomb review, which by now I am sure is a shocker since it has been so terribly long, it’s been at least four days. I am sure I will continue talking about bath bombs months from now but I must say, there was a large amount released and I purchased too many so it will take me a while to get through them. Which I know I have said before, so let’s just get into it and see what Gold Rush has in store for us. 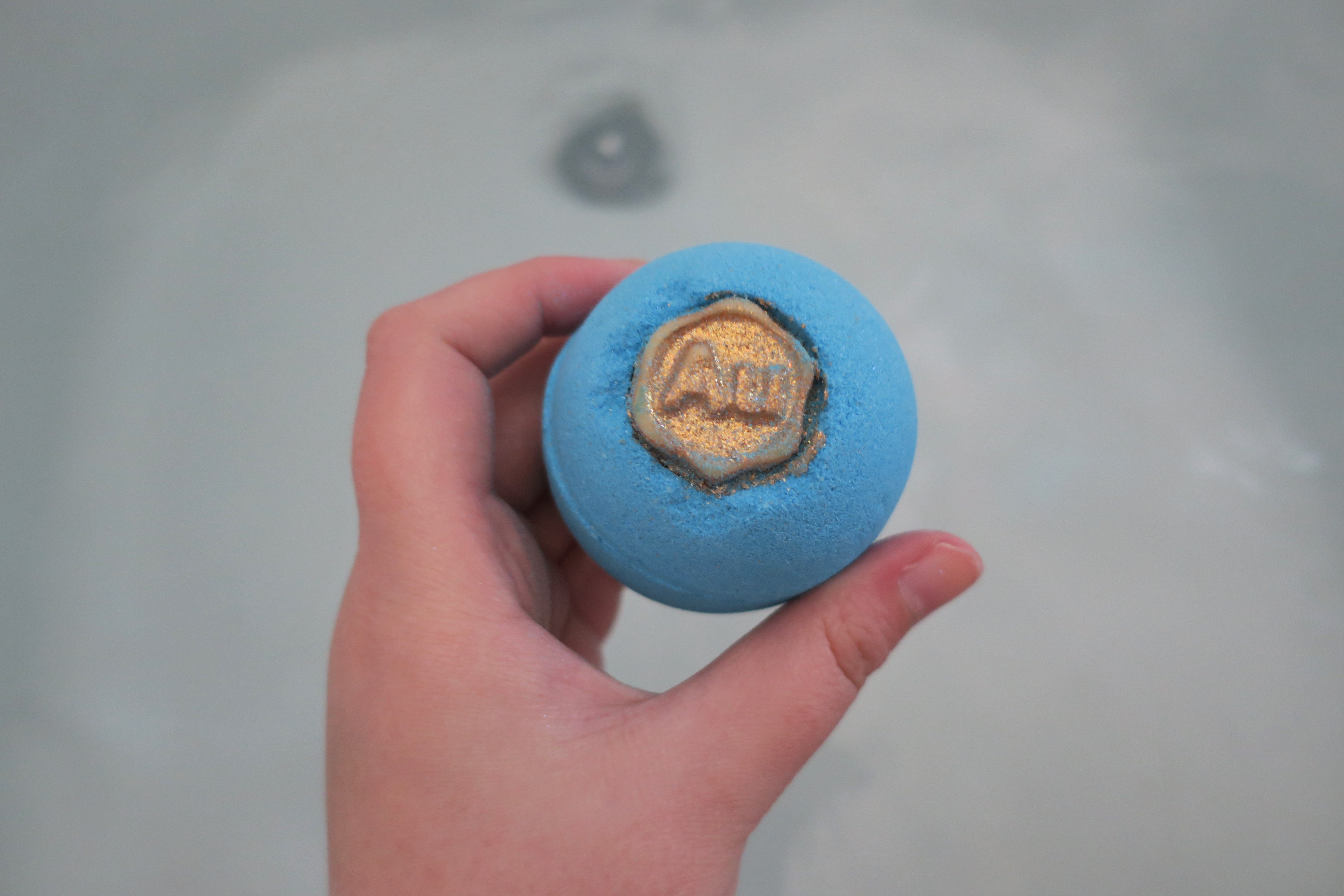 Today is all about the Goldrush bath bomb from Lush which will run you $5.95, is vegan and does include a little melt on top, so this one has a lot of bang for your buck if you ask me.

This bath bomb features great ingredients such as fair trade organic cocoa butter, grapefruit oil, rosemary oil, geranium oil, fair trade shea butter, and almond oil. So this one is for sure packed with some moisturizing items which makes sense because it does have a melt right on top. 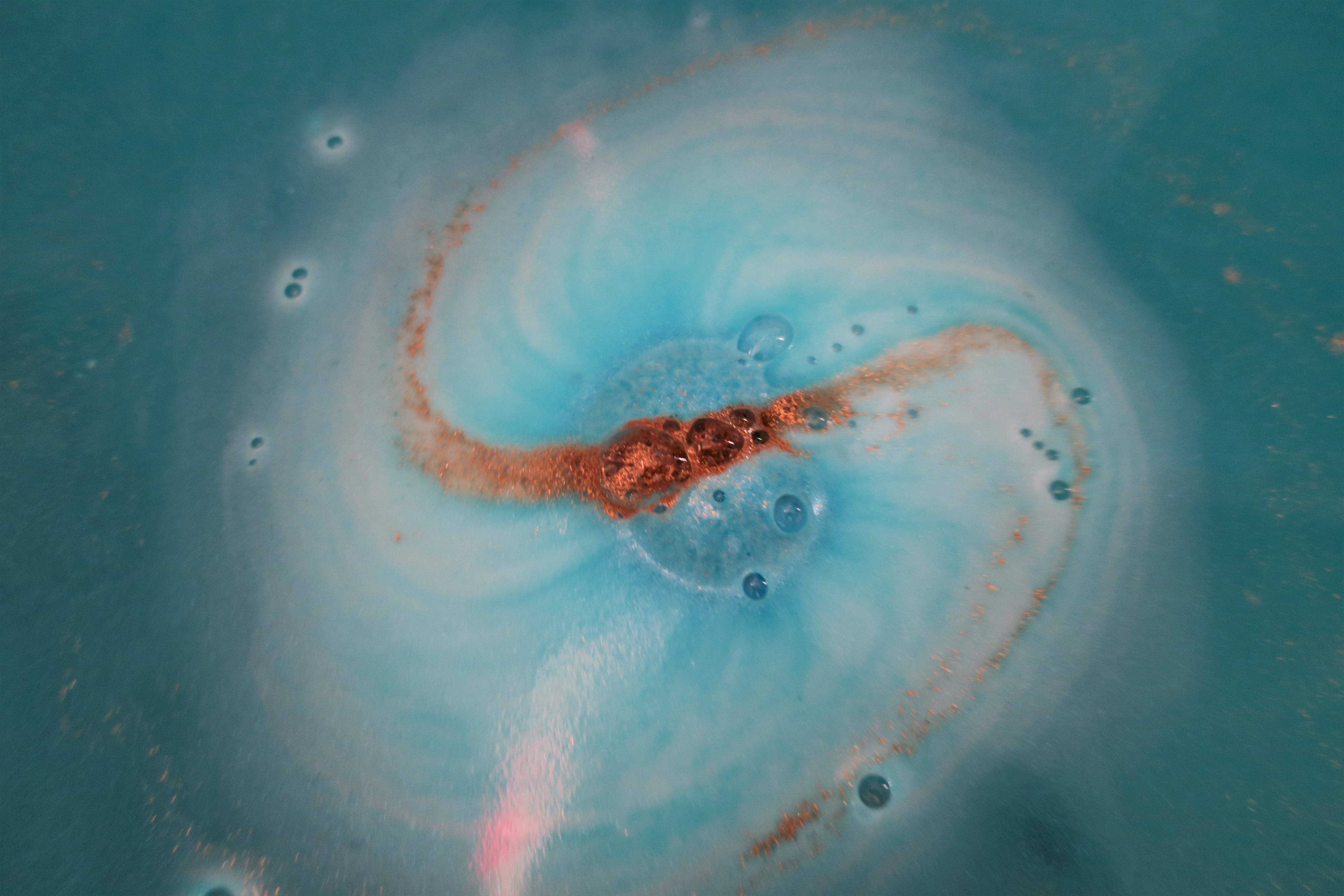 This bath bomb is stunning, it’s one of the smaller ones and it looks a little bit unexciting since it is just small and blue with a gold glitter melt on the front of it, however, the inside is hiding a little golden glitter secret as you can probably see in the photo to the right of this text. This bath bomb fizzes away and reveals a rather large golden nugget of glitter that I thought was so pretty swirled around with the blue and bits of white. This leaves your bath water a really lovely blue shade with tons of gold glitter in it, as to be expected. 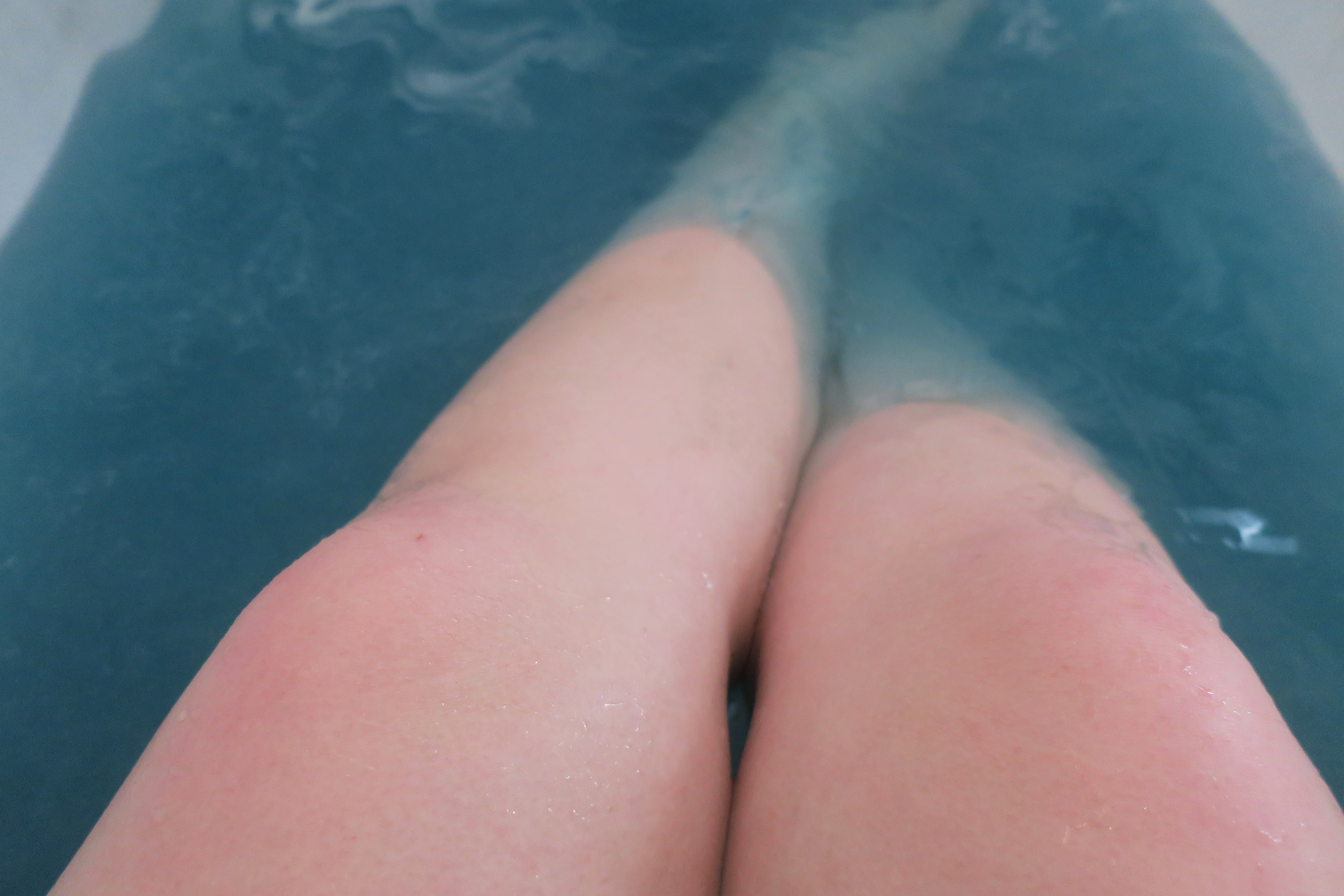 I adored the scent of this, so much so that I already want another one… or four of these.  This has a very bright citrusy scent to it, which are my favorite types of scents, this also has a slight tone of earthiness to it that is very subtle. I like this one because it’s not a super sweet citrus scent but instead a really bright and well-rounded one, if that makes sense outside of my head. I think it’s the mix of grapefruit and rosemary, which the products remind me a lot of whoosh however the scent does not, but I still really enjoy it. The best part of this one is that the scent does linger on your skin a little bit, which is always a huge plus in my book.

Now the last thing I want to go over is the feeling in the water and how this feels, it’s really moisturizing just like I suspected, this feels really great on the skin and leaves me feeling like I applied lotion, so this bath bomb enables me to skip a step which I like from time to time. This feels like a bath bomb that would be amazing on a winter morning, moisturizing and puts a little pep in your step.

So overall I do really like this bath bomb and think this has been one of my favorites so far, it’s a really fantastic bath bomb and it leaves the water a very pretty shade of blue. 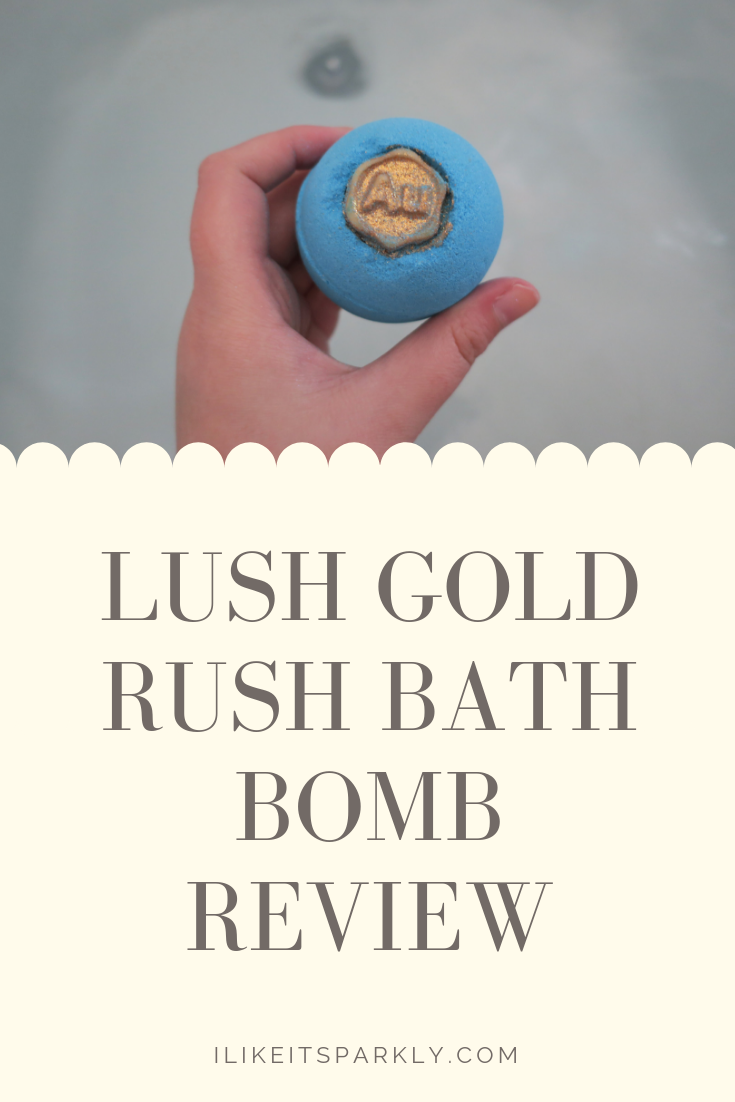