Hello there, I can not believe that it is already time for me to my first update on my project pan, and I wish I had great news but I am not sure that I do. I have been using things but haven’t made nearly as much of a dent as I would have liked to, but either way the day to check in is here so I will be sharing my progress and hoping for better progress the next time around. So, for now, let’s just jump in and check in.

I haven’t used this a ton since starting the project but I have used it a few times and it’s safe to say that I am enjoying it, though I think I will be getting more use out of the one during the summer since it is such a fun and bright color and it’ll last for a long time.

2. is 40. Sample Product: Buxom Full On Lip Cream in Dolly

This has been living in my purse nearly unused and I am not sure why I love these glosses, they are super easy to apply and this shade goes with nearly every look, but here I am talking about not using this. I’ll have to focus on this one more.

I have learned that I do not love this color, it’s not the worst ever but it isn’t my favorite either as it does lean a bit dark on me. I have been playing with this though and think I will be able to finish this one before the end of the year.

I have used this a few times since the beginning of the year but like all pigments, you can’t tell so already I am not sure if this one is going to get finished but we will see, anything is possible, right?

As you may already know, I am a destroyer of lip balms and chapsticks, especially during the colder and dryer months of the year like we are in currently. So this one if already finished and is for sure the only one on my list that has been finished.

I am obsessed with this as anyone who has ever read my monthly favorites over the past few months probably knows, this is just so pretty, it’s not too in your face but it’s not super subtle either, it’s just the right spot if you ask me. I have been making a dent in this but haven’t hit pan yet.

I haven’t used this a single time, I know I should be trying it out but I just keep reaching for other things and forgetting that this one is in my drawer, hopefully, I will focus in on it soon but we will see.

I have used this some but it hasn’t been the only palette I’ve been using, however, I will say that I have hit pan in a couple of the shades so I am for sure making some progress with this one. I have no doubt that I can finish this one up.

I have used up a mini size and am nearly finished with another smaller sized one, so I haven’t even touched this one yet but I did decide that I wanted to get through all of them and to me that means that I am making pretty decent progress with this product.

I have played with this a grand total of one time since putting it in my project and I really need to break it out some more and have fun with it, even though this looks almost exactly like wearing black eyeliner.

This is such a pretty color and I quite like it, though like everything else I haven’t used nearly as much as I had intended to at this point, but this one is small so I am sure that I can get through this one with little trouble if I focus in on it.

I haven’t played with this at all and I really should, especially since your girl loves a good colorful eye and this one is so fun, but nope, it sits untouched in my drawer.

This will be my easiest blush to use up I am sure, this is a stunning really subtle nude shade that goes perfectly with pretty much all makeup looks, it’s so easy to wear and I have been using it a fair amount.

I love this shade, this is the perfect my lips but better kind of shade, it’s matte and long-wearing while also not being uncomfortable on the lips, so this one is a huge plus in my book.

This one hasn’t been touched either, this one looks pretty and I’m not sure why but I haven’t used it yet, I will for sure have to focus on this one and try it out.

This has been used a couple of times by me and I really like it, it’s a little bit tricky to use at first but once you learn how to apply it properly it’s really natural and soft on the cheeks and I think this is going to be a great one to use during summer.

Yet another product that I have not touched, I just haven’t felt inspired enough to play with silver eyeshadow but I will for sure have to change that and work on this one as I really want to see how this works. I am nervous about being able to finish this one up though.

And finally my stupidest addition to add to my porject, a second eyeshadow palette. This one should be simple enough to use as it is a great day to day palette, but I haven’t picked it up because I have been way too into color this year and that’s most of what I have been using. I will have to dial it back a bit and give this a proper go.

And that is everything that I needed to update you guys on for my Project Pan, like I said above and the beginning, I did not make as much progress as I would have liked to but I have made some progress and know that I will surely have more to share with you guys when I check back in during the month of June.

Are you guys working on a project pan this year? 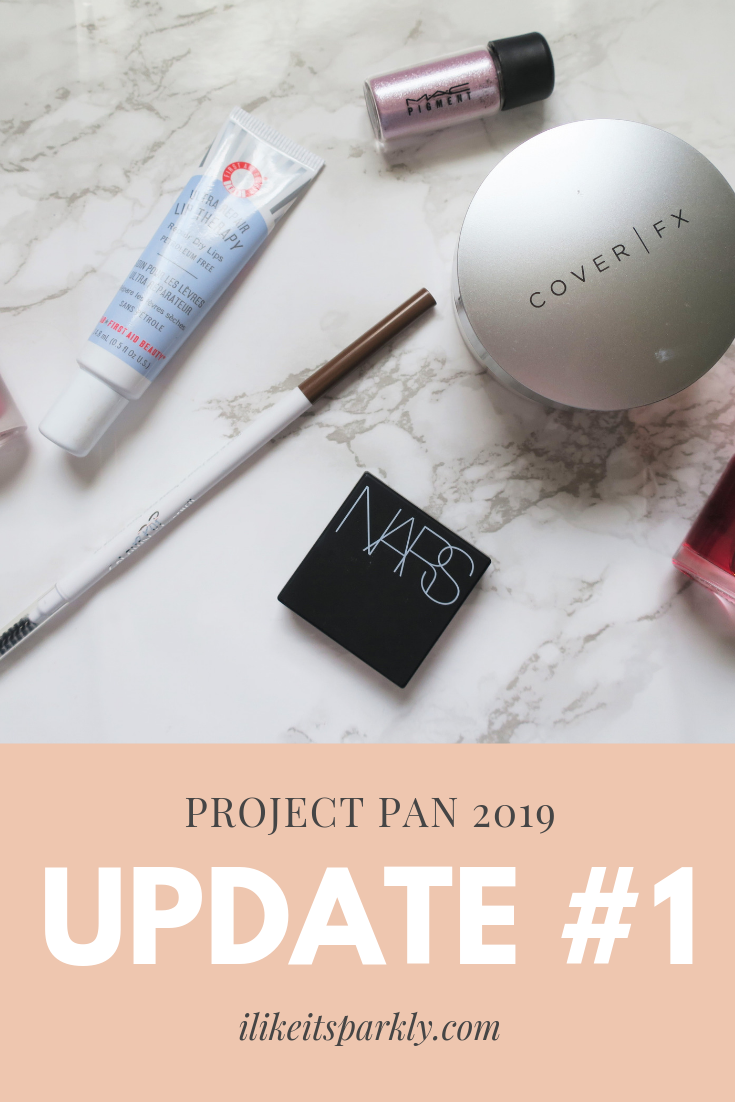