I think for the first time I can say that I do believe that the month is already over, I’m not sure what it was or why it felt like this, but February felt like it went on forever and wasn’t the shortest month of the year. Honestly, I’m glad to see go and happy to be seeing this post because that means we are in March and I am ready for some warmer weather. But for now, that doesn’t seem to be coming but I know it will be, so let’s just chit chat about February a little bit.

February was long and slow and seemed like it was never going to end, but alas it has ended and we are welcoming March, which I am a little bit excited about for hopes that is actually gets warmer. I’m so tired of wearing pants every day, though I think I will miss the coziness of sweaters.

Anyway, let’s talk about February. I feel much better this month than I have been feeling the past couple of months, which is super nice. My anxiety is nothing new to me, but this level that I was experiencing of it was so I am so glad that I have gone to a doctor and seem to be doing better.

Like all months, my month was fairly boring, I write these every month and very rarely do I ever have anything of interest to say but here I am, at the start of a new month talking about the last one. I’m trying really hard to think about what went on in February and if there is anything notable, but I’m drawing a blank as this past month has been pretty bland and not the greatest overall. So, let’s just chit chat about goals!

As for finishing reading Outlander I did not do this, I didn’t even pick it up. I really intended to but the book that my husband and I were reading for February ended up taking most of my time so I will have to try once more. My no buy also failed, I did really good for the first half of it but the second half of the month wasn’t so great, so that sucks. 24 new blog followers did not happen, I was on a good path but lost focus on it so that did not happen, but I did make some progress with this one. So, overall my goals last month were a bit of a failure.

For this upcoming month, I am going to stick to my budget, I will not let myself fail on this one, I am going to kick that budgets butt and finally not lose every last bit of sense that I have. I also want to finish Outlander and I know I have this one in me this month. I want to get on a back on track with my social media usage somewhat, an endless goal that I will never get to but aim to try and be consistent at least somewhat.

And that’s everything for the month of February and some fun little goals for the month of March, goals that I am totally going to crush because I did terribly this last month. I’m excited and ready to start March.

How was your February? Anything exciting happen? 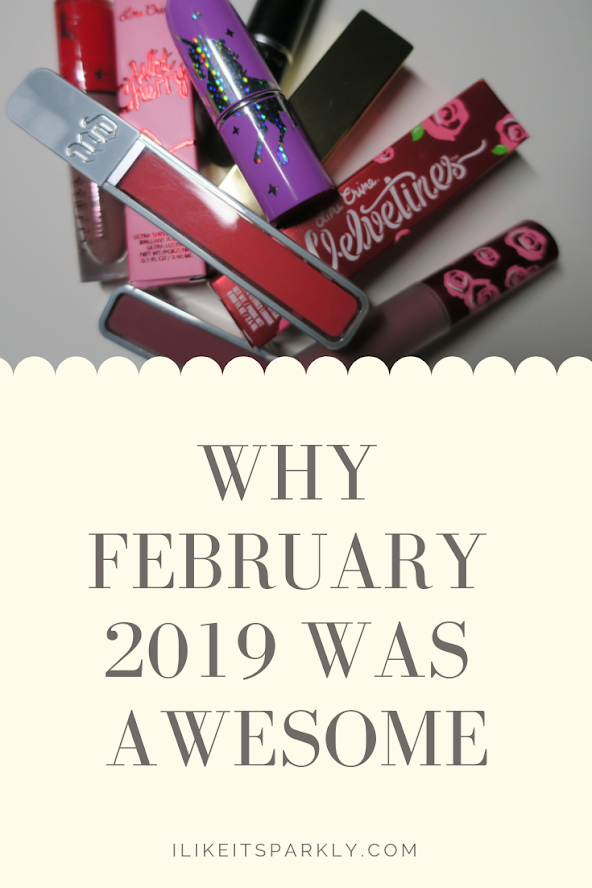